Real reason why Priyanka walked out of Salman Khan's 'Bharat' is not her engagement! 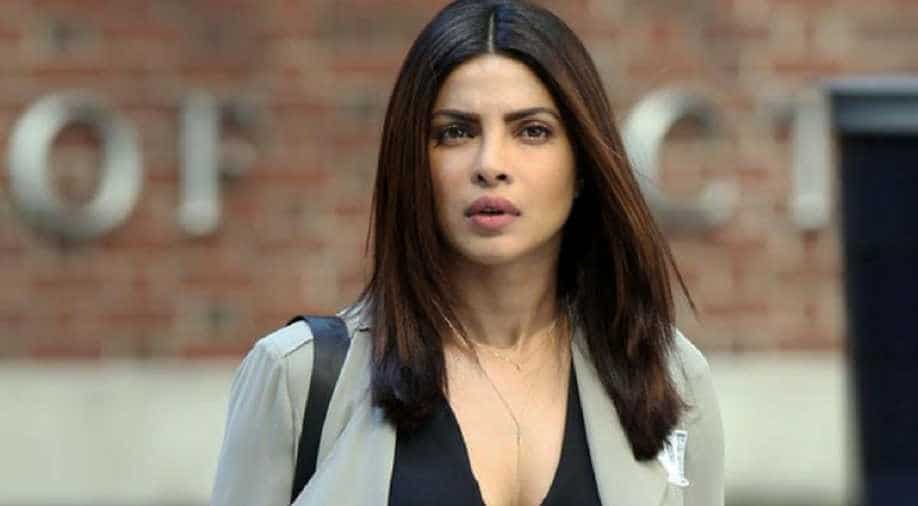 There’s more to what meets the eye, to Priyanka Chopra’s sudden exit from Salman Khan’s Bharat. While the world might be discussing Priyanka Chopra’s engagement news with American singer Nick Jonas, it has been revealed that the actress made the announcement reportedly to get herself out of Bharat -- for which she had allotted dates and was already shooting.

A trade source apparently revealed to a website that Priyanka was not too happy with Bharat becoming an ensemble cast rather than being led by her and Salman Khan -- which it was initially supposed to be. A trade source revealed to a website: “On one of her trips to India, Priyanka had shot for two days for Bharat, in Mumbai. It was a hush-hush shoot and only the unit knows about it. Initially, she was very happy about her role as PeeCee is there right from the beginning to the end as the film is about a couple who fall in love, get married and grow old together as their life keeps coming in flashbacks. But while Priyanka was in the US, she kept getting news about other actors getting added to the cast. First came Disha Patani (and her role was increased), then Tabu and Nora Fatehi and all had roles specially created for them.”

Source added: “Apparently, Salman taking the call for these roles so PeeCee thought that she might face the same problem that Jacqueline Fernandez faced in Race 3 – of getting sidelined by Daisy Shah and the rest. At the end of it all, Race 3 looked more of an ensemble cast, with Bobby Deol, Freddy Daruwala and Saqib Salim, than a Salman Khan film. In Bharat, besides Tabu, Disha and Nora there’s also Sunil Grover and Aasif Sheikh. That’s why PeeCee thought it was in her best interest to leave the film.”

Bharat is a remake of South Korean drama, Ode To My Father which had Salman Khan and Priyanka Chopra play husband and wife that fall in love, get married and grow old together.

Source further added: “Today Priyanka Chopra’s a huge international star and to be part of a film like Bharat, which is looking like an ensemble cast, day by day would not work for her image. But she’s also very close to Salman’s family so apparently, she could not tell them what changed her mind. Hence, the engagement has come at an opportune time which satisfies everybody. An engagement is a happy time and nobody can grudge her that, not even Salman, who initially was apparently very upset about her walk-out. Priyanka is currently shooting for Shonali Bose’s untitled next. She plays the main protagonist and the role is befitting her image. Katrina Kaif has been approached to step into PeeCee’s shoes for Bharat and will soon give her nod to it post her return from London where she is spending some time with her family.”

Meanwhile, this is what Ali Abbas Zafar, the director of Bharat tweeted announcing Priyanka’s exit from Bharat: “Yes Priyanka Chopra is no more part of @Bharat_TheFilm & and the reason is very very special, she told us in the Nick of time about her decision and we are very happy for her ... Team Bharat wishes @priyankachopra loads of love & happiness for life (sic)"

Yes Priyanka Chopra is no more part of @Bharat_TheFilm & and the reason is very very special , she told us in the Nick of time about her decision and we are very happy for her ... Team Bharat wishes @priyankachopra loads of love & happiness for life ???

She will now be seen in Shonali Bose's next titled The Sky Is Pink.