'Taken, with all my heart and soul,' Priyanka Chopra makes it official with Jonas on social media 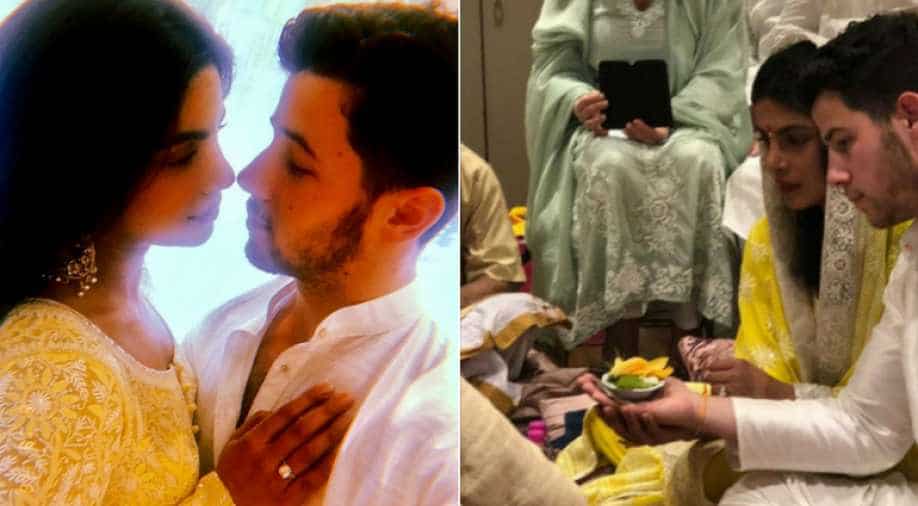 The picture shows Chopra locked in an embrace with Jonas flashing her engagement ring.

Bollywood actress and American music artist Nick Jonas made headlines again on Saturday after a picture went viral suggesting that the rumoured couple has finally made their relationship official.

Clad in a yellow salwar suit, Priyanka looked stunning sitting beside her beau in her 'roka' ceremony.

Shortly after the media reported Chopra-Jonas relationship getting 'official', Piggy Chops took to her Instagram and posted a cosy picture with her partner Jonas.

The post was captioned, "Taken.. With all my heart and soul..".

Taken.. With all my heart and soul..

The picture shows Chopra locked in an embrace with Jonas, flashing her engagement ring.

Chopra and Jonas have been rumoured to have been in a relationship for the past few months.

Though the couple never publicly admitted their relationship or made any comments on the same, the duo was spotted together, more than often, at various public gatherings and family functions.