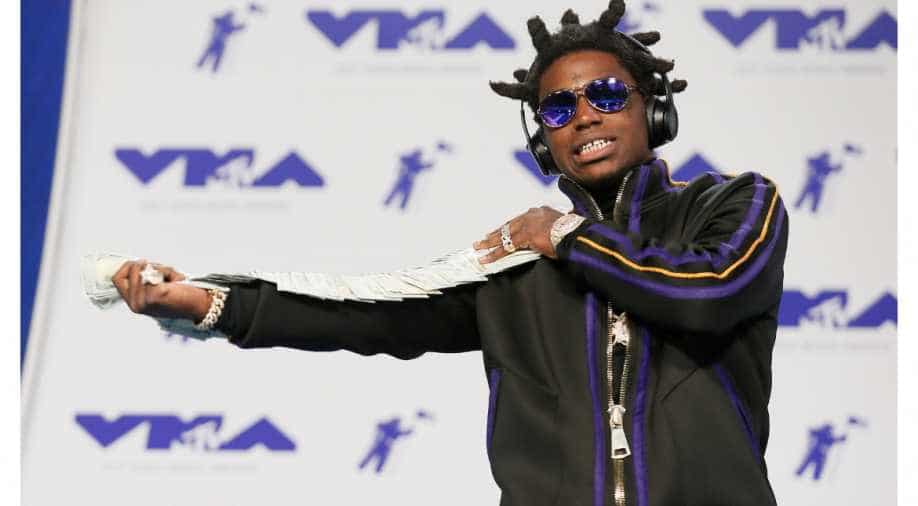 Black, 21, was stopped on Wednesday evening by US Customs and Border Protection agents at the Lewiston-Queenston International Bridge headed back into the United States from Canada, the New York State Police said in a release.

Rapper Kodak Black was released from custody by the New York State Police on Thursday after being arrested on drug and gun charges while coming across the Canada-US border near Niagara Falls, police said.

Black, 21, was stopped on Wednesday evening by US Customs and Border Protection agents at the Lewiston-Queenston International Bridge headed back into the United States from Canada, the New York State Police said in a release.

Black's real name is Bill Kapri, and he is a resident of Miramar, Florida.

Black, who was driving a Cadillac Escalade, and three other Florida men following in a Porsche were arrested on drug and weapons charges. Black was charged with second-degree criminal possession of a weapon, a Glock 9mm pistol, and unlawful possession of marijuana, police said.

The other three men face similar charges from weapons and drugs found in the Porsche.

A representative for Black was not immediately available to talk to Reuters on Thursday evening.

Black was released on Thursday afternoon from the Niagara County Jail on $20,000 bail, multiple media accounts have reported, including CNN.

Video footage from local media outlets showed Black leaving the jail holding a fan-like spread of cash over his face.

CNN reported that he had been scheduled to perform at the House of Blues in Boston on Wednesday night and his lack of appearance angered waiting fans.

TMZ reported that Black's show at the Foxwoods Resort Casino in Mashantucket, Connecticut, scheduled for Thursday night was also cancelled.

The rapper and songwriter, signed to Atlantic Records, has become one of the biggest artists of hip-hop. He is known for his hit singles "Zeze", "Roll in Peace", "Tunnel Vision", and "No Flockin".

Black has had a number of run-ins with the law over the last few years, mostly over weapons and drug charges, multiple media accounts say.

He recently angered some fans by expressing a romantic interest in the girlfriend of late rapper Nipsey Hussle, who was shot to death outside a clothing store he owned in Los Angeles last month.