R Madhavan's transformation for 'Rocketry: The Nambi Effect' will leave you stunned 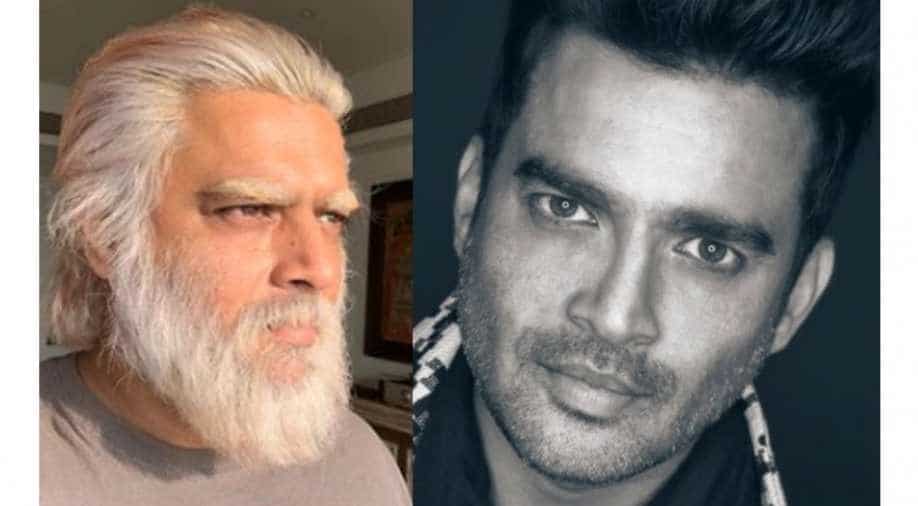 He also shared a video of himself in which he shows the process of his transformation for the role.

Remember we told you about R Madhavan working on a film based on the life of legendary ISRO scientists Nambi Narayanan? Well, the handsome actor has now released some pictures of his transformation to ace the character’s look in the film.

Titled ‘Rocketry: The Nambi Effect’, the film will not only see Madhavan in an interesting role but he also ventures into direction with this.

Impressing fans with his physical transformation for the film, Madhavan shared a collage on Instagram and captioned it: "After 14 hrs on the chair.. Who is who is WHO? #rocketryfilm."

He also shared a video of himself in which he shows the process of his transformation for the role. He captioned the video: "When getting in the character take 2 years and getting the look in place take 14 hrs on the chair."

https://timesofindia.indiatimes.com/life-style/health-fitness/de-stress/instagram-is-the-worst-social-media-platform-for-your-mental-health-here-is-why/articleshow/67499972.cms?utm_campaign=andapp&utm_medium=referral&utm_source=native_share_tray So in the hopes of moving in the right direction.. no filters nothing.. we all look the same folks .. you are unique and none can take your place . That’s THE FACT.

Madhavan, interestingly, took upon the directorial hat after Ananth Mahadevan who was supposed to direct the film left the project. Commenting on the same, Madhavan said, "Ananth Mahadevan is an extremely talented filmmaker, however, owing to unavoidable circumstances and certain pressing commitments he could no longer direct Rocketry: The Nambi Effect."

@Rocketryfilm 🚀When getting in the character take 2 years and getting the look in place take 14 hrs on the chair . 🚀🚀🚀🙏🙏@#Rocketrythenambieffect.

He added, "Rocketry is close to my heart for many reasons. The film is shaping up well and I can't wait to tell the incredible story of Mr Nambi Narayanan to the world," reports Pinkvilla.

The biopic is being produced by Tricolour Films in association with Vijay Moolan Talkies and Saffron Ganesha Entertainment.

‘Rocketry: The Nambi Effect’ will be a trilingual in English, Hindi and Tamil and will be shot extensively across India, Princeton, Scotland, France and Russia.