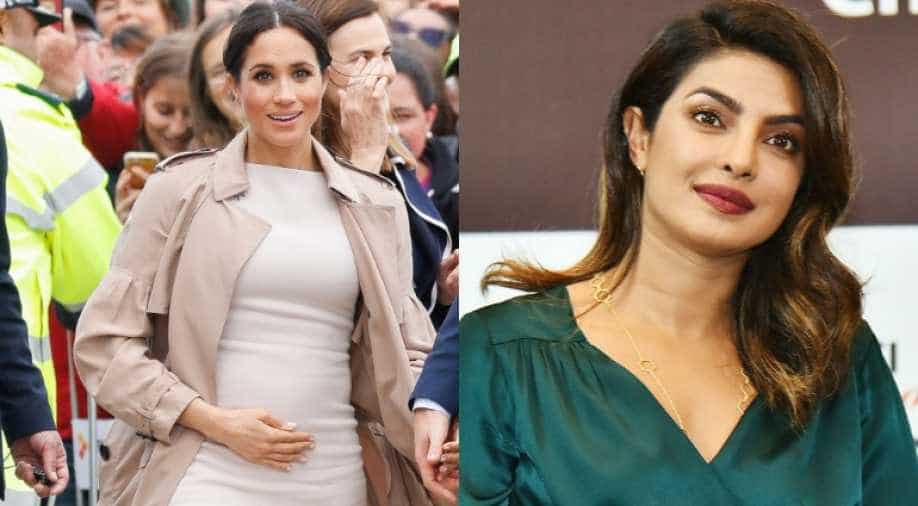 Priyanka Chopra will be next seen in Shonali Bose`s 'The Sky Is Pink'.

Priyanka Chopra is setting the record straight for once and for all. The 36-year-old actor denied reports that she met her friend and Duchess Of Sussex, Meghan Markle, and her son Archie Harrison.

Calling all such reports "untrue", she took to Twitter handle to put out a clarification. "While these are great gift ideas... this story is untrue, and I was actually in town for work. I hope whoever this "source" is starts checking their facts more often," she wrote along with a link of an article by The Sun.

The publication claimed that the actor had mended her broken friendship with Meghan by visiting Archie and bringing the royal`s newborn some gifts, reported People.

Although Priyanka acknowledged that the gifts would`ve been a "great idea," the actor shut down the rumours, noting that she was only in London for work.

Priyanka last spoke up about her friendship with Meghan in March, after she was missing from the star-studded guest list of the Duchess of Sussex`s New York City baby shower.

While appearing on an episode of `Watch What Happens Live with Andy Cohen`, Priyanka was asked whether the rumours were true that she was upset with Meghan for skipping her wedding to Nick Jonas.

Cohen said, "They said you didn`t go to her baby shower because you were pissed at her!" In response, the actor said, "Oh my god. No, it`s not true."

Priyanka`s friendship with Meghan dates back to 2016 when the two met at the ELLE Women in Television dinner.

"We bonded as actors. We just became friends, as two girls would," Priyanka told People of their friendship in September 2017.

Priyanka even made Meghan`s now-defunct Instagram account, when the former `Suits` star shared a photo of the duo after they caught a performance of Hamilton on Broadway.

Priyanka was also one of the celebrities on the star-studded guest list for Meghan and Harry`s royal wedding on May 19, 2018.

Although Meghan moved to take on the duties of a full-fledged member of the royal family, Priyanka previously shared that the distance hasn`t affected their bond.

"I think friendships depend on people individually and how personal your relationship is. You can have work friendships, those are different. But when you have real friendships, like ours, it doesn`t matter what people look at you as or where your world goes, you sort of just, stay friends. And I think that`s what we`re like," she told People in July 2018.

On the work front, Priyanka will be next seen in Shonali Bose`s `The Sky Is Pink` and she has also signed up for a project with Mindy Kaling.