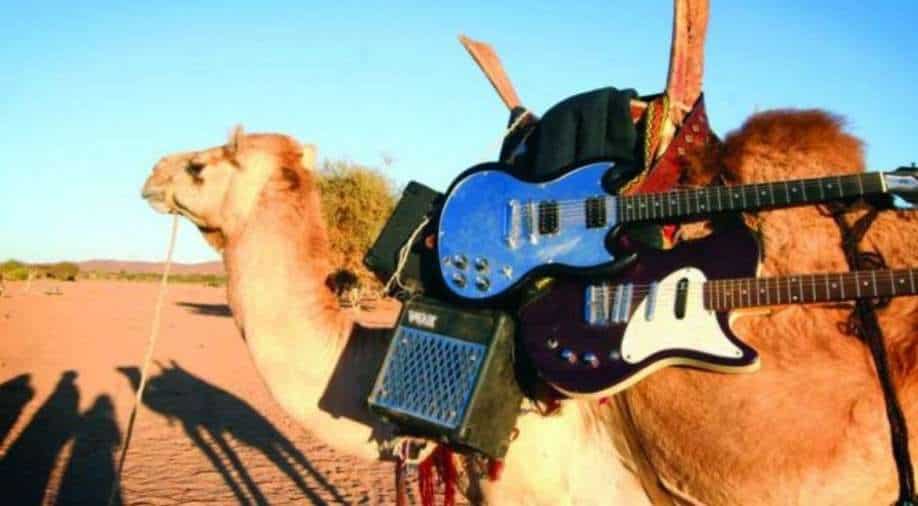 "That guitar sounds crazy happy!" grins Oumar Alassane, sitting on his motorbike with an arm around the shoulder of a friend, a short distance from a stage in the desert.

"That guitar sounds crazy happy!" grins Oumar Alassane, sitting on his motorbike with an arm around the shoulder of a friend, a short distance from a stage in the desert.

It is 8 pm, just the start of a full evening of musical acts at Ingall, a small oasis town in northern Niger that hosts the three-day Cure Salee festival.

Alassane, a young Fulani, is among the thousands who throng to the event every September to mark the end of the rainy season.

For him and his village friends, opportunities to enjoy live music are rare, though the desert town is far from deadly the jihadist attacks that have struck the west and east of the country.

Held on the outskirts of the old quarter, the celebration of Saharan pastoralism attracts a multitude of nomadic  Wodaabe -- part of the Fulani grouping -- and Tuaregs, some herding their livestock hundreds of kilometres to Cure Salee, named for springs rich in mineral salts.

A succession of electric guitarists takes turns to perform and in the early evening, stroboscopic lights begin to colour the starry night.

"All year round we are in the bush, so at La Cure Salee, the breeders come to party."

"And then also, we are looking for a future wife!" adds one of his friends, to peals of laughter -- though the humour belies the key role the festival plays in courtship and betrothal for these far-flung peoples.

For now, about 100 youths are gathered in front of the stage.

The boys and girls remain in separate groups and some can be seen throwing sidelong glances across the divide.

In nomadic Saharan society, concerts by small groups of musicians in the hollow of a dune are preferred to large gatherings.

But during major festivals, from Tamanrasset in Algeria to Bamako in Mali via Niger, people seize the chance to dance amid a packed throng.

Some people stay away from the performers on their bikes, periodically starting their engines to blow away the sand.

Others are packing into the front of the crowd, everyone listening to guitar riffs and the music of a DJ and his sonic palette, worthy of some of West Africa's best nightclubs.

As the night draws on, young people begin to dance languidly, always with a headscarf for the boys and a modest veil for the girls.

All have donned fine clothes, in hues that are explosions of colour in daytime but now merge into the night.

"I brought three bazins (shiny fabric used for clothes), but there is one that I only take out in the evening," said a Fulani teen.

No alcohol is allowed, but street vendors sell cola and cigarettes in the middle of the crowd.

In the morning, after a long night, some youths straddled their motorcycles to flee into the bush and sleep, far from the festival.

They would come back in the afternoon, after the raging heat of midday.

On the makeshift stage, the music goes on.