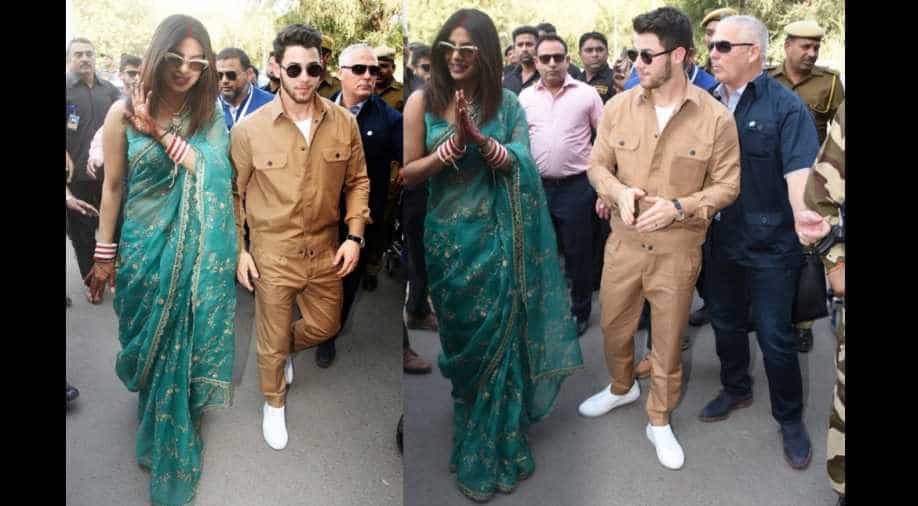 While the wedding pictures of Priyanka Chopra and Nick Jonas haven’t been released yet, here is the first glimpse of the newlyweds. The couple was spotted leaving Jodhpur city for Delhi as they are likely told a reception party in the National Capital today.

Priyanka dons a beautiful saree and chic frames as she completes the look with bangles and sindoor in her hair. She kept her hair open unlike what the other Bollywood actresses (recently married) have been donning in their recent public outings. Nick kept it casual for his airport appearance.

The duo will meet and greet guests from family, ministers and other officials of the government in a lavish ceremony today.

They will then fly off to Mumbai for a grand reception party with Bollywood friends.

The two got married at Umaid Bhawan Palace on December 1 and 2 in both Christian and Hindu ceremonies. Images of their mehendi and sangeet function have gone viral on the internet ever since the couple released them.