'Fantastic Beasts' review: Less of beasts, more of Dumbledore's past 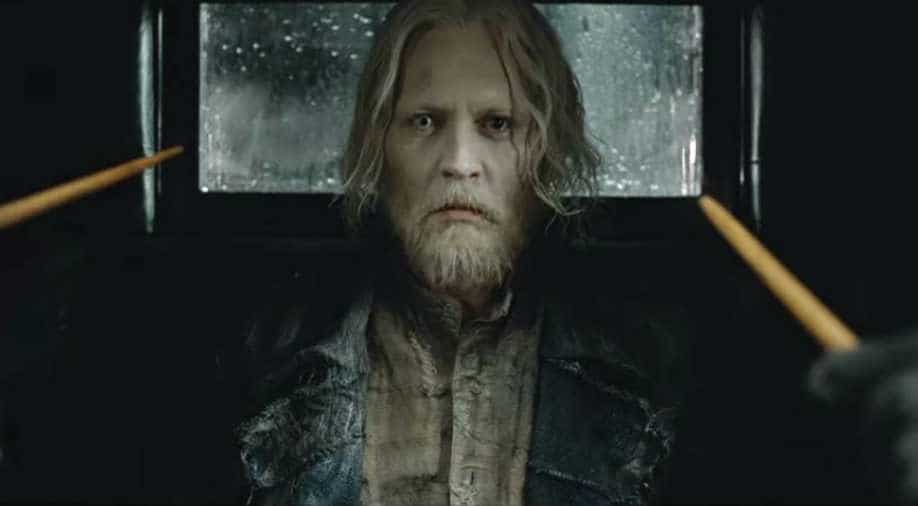 Johnny Depp plays antagonist Grindelwald in the film. Photograph:( Others )

Wish there were more beasts in a film that keep going back to Potter series for references.

A lot of us have grown up reading and watching Harry Potter books and films. JK Rowling's tale of a boy wizard and a magical world not so far away from us fascinated people of all ages. And when the last film 'Harry Potter and The Deathly Hallows 2' released in 2011, it left a void among Potter fans. In 2016, a spin-off 'Fantastic Beasts and Where To Find Them' opened up the possibilities to get immersed in Rowling's magical world once again. While the film worked enormously because of its leading man Eddie Redmayne and his strange creature who gave viewers a glimpse of the wizarding world beyond Hogwarts, its sequel, 'Fantastic Beasts: The Crime of Grindelwald' goes back to basics.

Also read: The 'Fantastic Beasts: The Crimes of Grindelwald' actress Katherine Waterston on Trump: He is inspiring hate

The film picks up from where the first one had ended. Gellert Grindelwald, the dark wizard, was arrested in the first film and the sequel now opens with him escaping while being transported to Paris one dark and rainy night. Threat over wizarding world looms large as Grindlewald is out to destroy the peace and established order of the wizards. Albus Dumbledore(Jude Law), his once-friend now nemesis- is the biggest hindrance to the mission and he wants Credence (Ezra Miller) to do the job on his behalf.

Dumbledore on his part, asks Newt Scamander(Redmayne) to catch Grindelwald and convince Credence to not cross over to the dark side.

From the very beginning, there is a certain Potter hangover that the film's screenplay suffers from. Written by Rowling herself, the story arbitrarily keeps throwing references from the Potter universe which are not always needed. Rowling makes the wizarding world appear like a clique of sorts which cannot move past Hogwarts, Dumbledore, and Potter. When the first film of the series had released, it had primarily worked because the story had shifted to America with newer characters. The film was able to open up the possibilities of a magical world beyond England, which was exciting and there was a freshness to it. But somehow, in the second part, as the film shifts to Paris, the story keeps going back to the hugely popular Potter franchise for references of almost all characters. It's like Rowling is afraid to experiment and bring up newer stories.

I also missed the beasts a lot in this film. The first film had some fascinating beasts and their equation with their master of sorts, Scamander. While the second film opens with fascinating beasts, but eventually the film becomes a sappy story of Dumbledore's past which may or may not interest you.

When you put Johnny Depp and Jude Law in the same film, you crave to watch them share screen space but apart from a small bit, the two actors do not have any scene together and only keep referring to each other. Both are, though, in their respective parts very good. As Grindlewald, Depp brings a philosophical side to an evil man while Law makes the deep Dumbledore more warm and exuberant.

I wish the screenplay had allowed Redmayne and Miller to perform more. Such fantastic actors but they are there in the background mostly.

We all miss Harry Potter and his fascinating tale but perhaps Rowling misses him the most because she just can't seem to think beyond her popular series and create something from scratch.