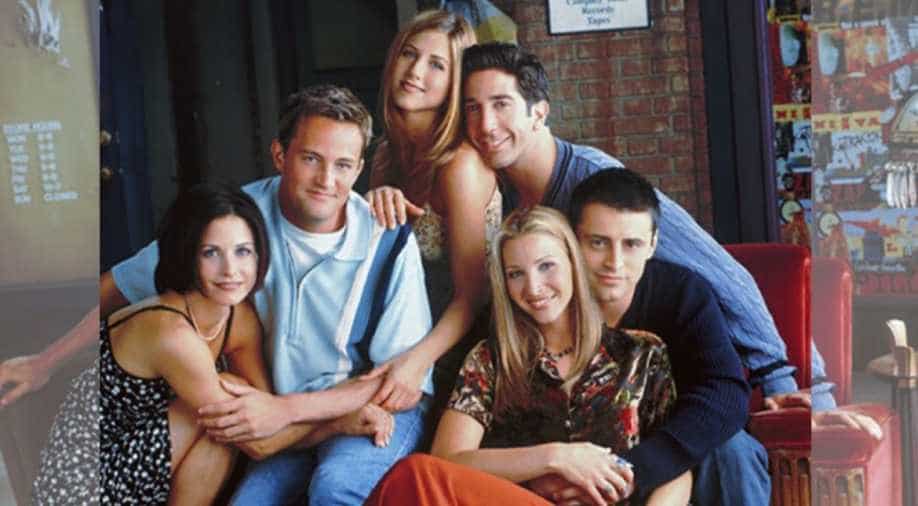 David Schwimmer who played Ross in the iconic show recently appeared on SiriusXM's Radio Andy and confirmed that the HBO special episode will be filmed in the coming month.

The much-awaited reunion episode of 'Friends' is on the horizon, assures actor David Schwimmer. Schwimmer who played Ross in the iconic show recently appeared on SiriusXM's Radio Andy and confirmed that the HBO special episode will be filmed in the coming month.

"It's happening," the actor said of the reunion. "Actually, in a little over a month, I'm heading out to L.A."

The six cast members along with the show's creators Marta Kauffman and David Crane will sit down for an unscripted chat with Ellen DeGeneres. The episode will be shot on NBC comedy's original soundstage where the hit show was shot years back.

"So, finally, I mean, we figured out a way to film it safely and there's going to be a portion of it that we filmed outside because of, you know, for safety protocols," added Schwimmer.

The six cast members- Jennifer Aniston, Lisa Kudrow, Courteney Cox, Matthew Perry, Matt LeBlanc and Schwimmer- had announced the reunion episode in early 2020. The episode was scheduled to air in May 2020 but the pandemic delayed the filming and the premiere date of the special episode.

Since then fans have been speculating whether the six will be able to reunite once again. Stars of the show have, on several occasions since last year, assured fans that the reunion episode is still on the cards - despite the delay and that makers have been trying to figure out the best possible way to shoot the episode. 'Friends' Turns 25: A Trip Down The Memory Lane With 25 Iconic Quotes From The Hit Show

Kudrow, who played the eclectic Phoebe Buffay, revealed in January this year that she and her costars have already shot some scenes for the reunion.

"There's different facets to it, and we already shot packages of things," she said on the 'Literally! With Rob Lowe' podcast. "I pre-shot something already so we're definitely doing it because I already shot a little something."

Kudrow also clarified the cast will not be reprising their iconic characters, but chatting as themselves. "It's not a reboot," she said. "It's not like a scripted thing, we're not portraying our characters. It's us getting together, which just doesn't happen a lot and has never happened in front of other people since 2004 when we stopped."