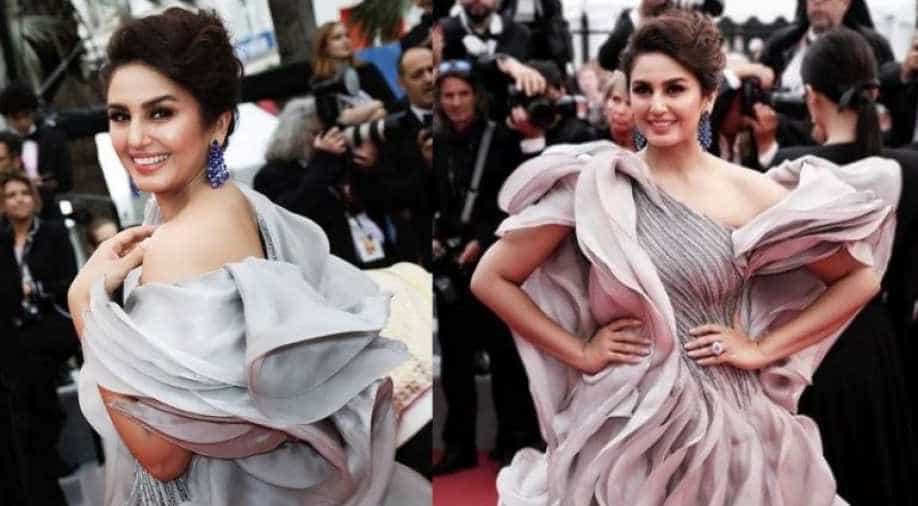 Huma looked nothing less than a dream when she stepped out in a metallic hued grey Gaurav Gupta gown accentuated with ruffled train, giving it the perfect volume.

The Cannes Film Festival is currently underway and has witnessed the presence of numerous Bollywood celebrities going all out with their fashion choices this year. One such diva, Huma Qureshi has been grabbing eyeballs thanks to her stunning outfits.

Huma walked the red carpet on Sunday night and made heads turn in a beautiful flowing ensemble. The actor posted a series of pictures on her Instagram account showing off her look."Live like you are made for the red carpet," she captioned the post.

Huma looked nothing less than a dream when she stepped out in a metallic hued grey Gaurav Gupta gown accentuated with ruffled train, giving it the perfect volume. Huma added just the right amount of drama to her outfit with exaggerated sleeves and sparkling lines adorning her torso.The `Gang of Wasseypur` actor completed her look with a pair of blue coloured chandelier earrings and a stunning diamond ring, adding just the right amount of glam to her outfit.

Huma opted for a fresh face of makeup with nude pink lips and heavy mascara to round off her look.She chose to tie her hair in a tousled messy and voluminous bun that complimented the look perfectly.

Earlier on Saturday, the actor was spotted wearing a tulle black gown. Clad in tulle black gown with heavy ruffled sleeves by designer Mae Paris, Huma looked every bit elegant and poised. With hair tied in bun and bangs in the front, she completed the look with minimal jewellery by David Morris and nude makeup.

Last year, the star stood out on the red carpet in a light pink pantsuit by Nikhil Thampi.The film festival which started on May 14 has seen a string of celebrities making their red carpet appearances. Apart from Huma, the other Bollywood divas, who have ascended the red carpet so far, include Priyanka Chopra, Deepika Padukone, Kangana Ranaut, Aishwarya Rai, Diana Penty and Hina Khan.

Sonam Kapoor too has reached French Riviera for Cannes. The festival will go on till May 25.Meanwhile, on the work front, Huma made her Netflix debut with the mini-series `Leila`. She was last seen in `Kaala` opposite superstar Rajinikanth.