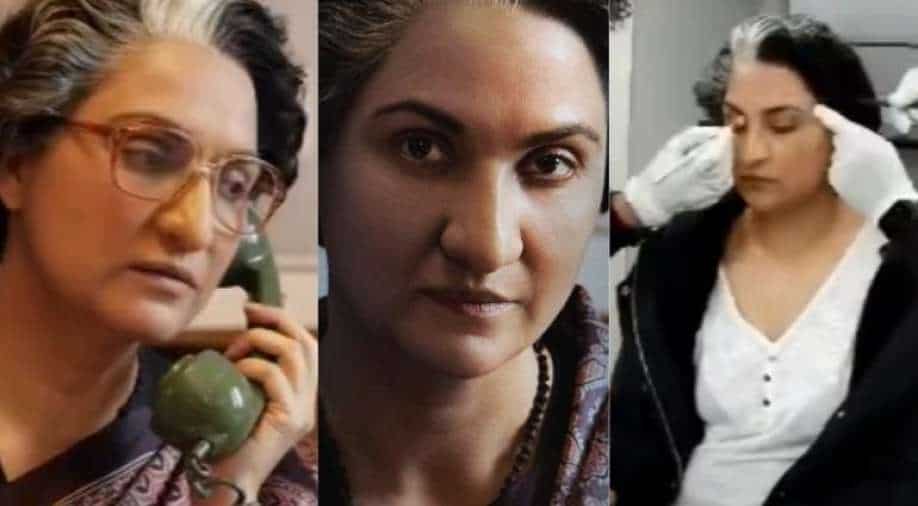 'Bellbottom' is scheduled to release in theatres on August 19.

Actor Lara Dutta will be seen essaying the role of former Prime Minister Indira Gandhi in the upcoming film `Bellbottom`, and on Thursday, she gave us a sneak peek into her terrific transformation.

Taking to her Instagram account, Lara posted a video in which we can see her make-up team changing her look with the help of prosthetics."Never had I imagined portraying a personality this pivotal and when I saw how this transformation translated on the screen, everything felt surreal and worth it. Can`t wait for y`all to watch my performance in #BellBottom," she captioned the post.

Directed by Ranjit M Tewari, `Bellbottom` is set in 1984, the year that saw Operation Bluestar as well as Indira Gandhi`s assassination. Actors Akshay Kumar and Vaani Kapoor are also a part of the movie.

Coming back to Lara`s transformation, Akshay has also shared the same video on his Instagram account and praised her co-star for nailing the look."What bringing a character to life looks like... @larabhupathi you`ve nailed it and how in #BellBottom," he wrote.

'Bellbottom' is scheduled to release in theatres on August 19. The audience will be able to watch the film in 2D and 3D formats.