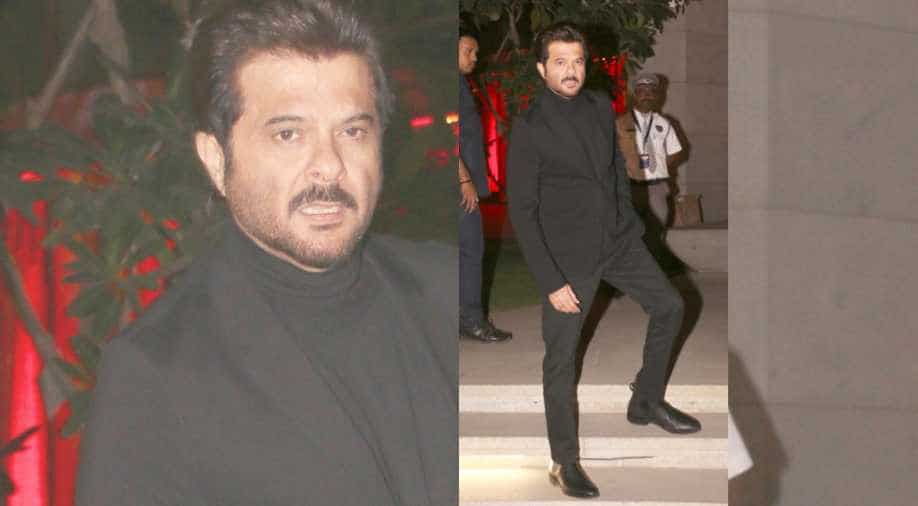 Anil will get treated from a celebrity sports doctor who presently works with Germany's national football team and has had several star clients.

Busy with promoting the upcoming film ‘Ek Ladki Ko Dekha To Aisa Laga’ with real-life daughter Sonam Kapoor and Rajkummar Rao, Anil who is suffering from calcification in his right shoulder, will fly to Germany for treatment.

The Bollywood actor has been suffering from the same for a while now and is slated to undergo treatment in April.

Responding to the same, Anil blamed the stunts he has done in films for this. He said, “I have suffered one or two tears, and a bit of calcification on my right shoulder. These stunts affect me, but one has to keep moving forward."

Calcification means that there are undue calcium deposits that have formed in his tendons over the years.

Anil will get treated from a celebrity sports doctor who presently works with Germany's national football team and has had several star clients, including sprinter Usain Bolt and former tennis player Boris Becker. He has previously helped Kapoor with tendonitis.

In another news, Anil recently met with the Indian PM Narendra Modi and said, "I stand humbled and inspired."