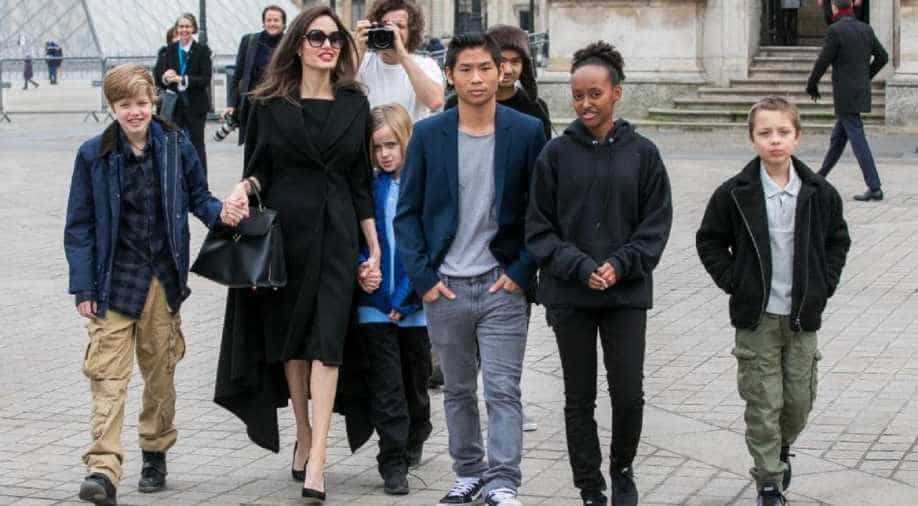 What are we hearing! Hollywood star Angelina Jolie might adopt another child adding to the long list of her adopted children. Parent to six children already, this will be the 7th child, Angelina Jolie will adopt if things go her way.

Embroiled in a custody battle with former partner Brad Pitt, Angelina plans to adopt another child after the battle gets resolved.

She currently faced major flak from the court when she was asked to let Brad spend more time with the kids. The court rapped her to do in order to avoid losing primary custody of the kids to Brad. She now plans to tell the court of Brad’s drinking problem, violent rages and volatile behaviour -- in order to keep their kids away from him.

According to a source quoted in a US-based magazine, “Angelina’s planning to adopt another child once she’s done filming and promoting Maleficent 2.” The source added that it may be a case of “Empty nest syndrome,” because Angelina thinks it’s the right time to adopt because “the kids are growing up and don’t need her as much.”

Also read: Did Kate Middleton suggest Angelina Jolie to get back with ex Brad Pitt?

She is apparently keen to adopt a kid from outside America. The source was quoted in the report: “Angie’s always wanted to help Syrian refugees. She really wants to do this. It breaks Angie’s heart every time she sees a kid suffering. She still has so much love to give.”