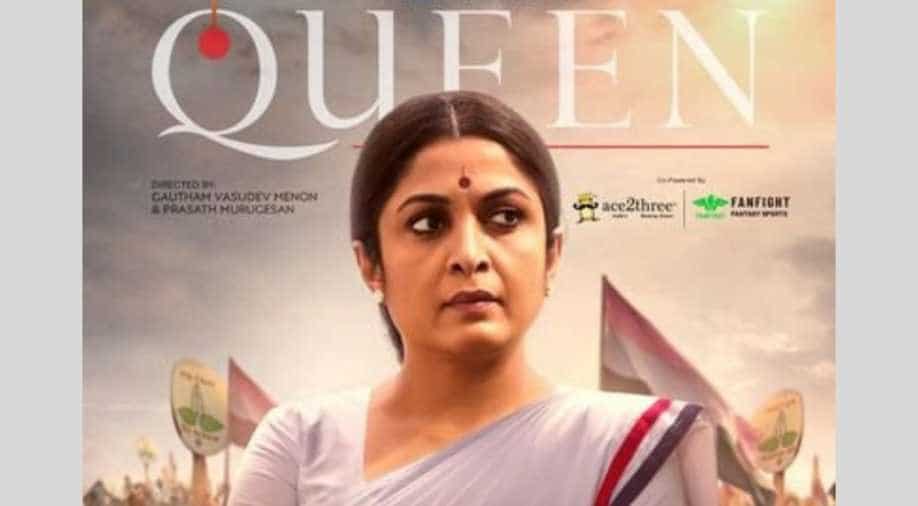 'Queen' trailer came out today as it tries to give every phase of her life justice by bringing those facets in front of the public, especially the younger generation.

You have seen some pictures of Kangana Ranaut as the former Chief Minister of Tamil Nadu J Jayalalithaa as she gets ready to essay her character in her biopic titled 'Thalaivi'. Now it's time for you to see another actress essaying the late politician. Actress Ramya Krishnan will also be seen playing the same role in a web series on the former chief minister. It's titled 'Queen'.

The Gautham Vasudev Menon and Prasath Murugesan's web series titled 'Queen' follows the story of a girl who was forced to drop out of school, then joined the South film industry at the age of 16 and subsequently became the most important name in South Indian politics. 'Queen' trailer came out today as it tries to give every phase of her life justice by bringing those facets in front of the public, especially the younger generation.

Sharing the trailer on Twitter. Ramya Krishnan who plays the titular character writes, "Some characters compel you to take on the challenge and being Shakthi Seshadri was one of them. Be it her disciple, her will to defy the norm or her innocence in the hard world she lived in was something that appealed to me."

A woman who redefined her destiny and became the people’s, QUEEN.

In a still that released prior to the trailer, Krishnan was seen sporting a red bindi and a white sari with the

The show will reportedly categorise Jayalalithaa's life into three segments -- life as a school-going girl, teenager and the when she joins politics.

The first season of the web series 'Queen' will have 11 episodes. The series will stream in Telugu, Tamil, Bengali, and Hindi.

Apart from 'Queen' and 'Thalaivi', there is also a feature film planned by Priyadhaarshini -- based on the life story of Tamil Nadu politician with Nithya Menen, which is titled 'The Iron Lady'.

As for 'Queen', it is slated to premiere on December 14.