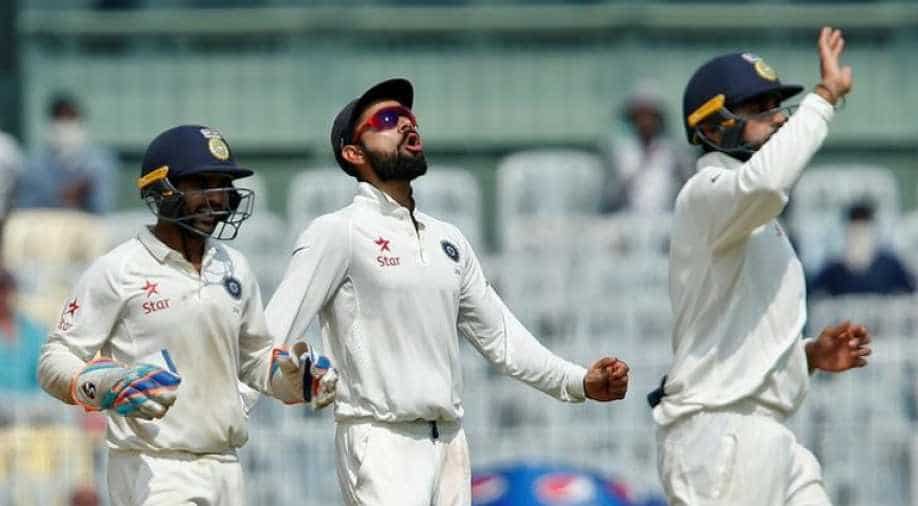 India have also registered series wins against the West Indies and New Zealand this year as part of their unbeaten run. Photograph:( Reuters )

India will end 2016 as the world's top-ranked Test side after their 4-0 series thrashing of England, the International Cricket Council (ICC) said in a statement on Tuesday.

Virat Kohli's side humbled England by a innings and 75 runs in the fifth and final Test in Chennai to extend their unbeaten run to 18 matches, the longest they have ever gone without defeat.

The series win took India to 120 points in the ICC standings, 15 points ahead of second-placed Australia, while England's defeat saw them slip from second to fifth position.

"(India) can't be overtaken this year since the team rankings are updated only at the end of each Test series," the ICC said in an emailed statement.

India have also registered series wins against the West Indies and New Zealand this year as part of their unbeaten run.

India have triumphed in five straight series under Kohli, and are now unbeaten in 18 Tests, beating their previous best-ever run of 17 matches which was set back in 1987.