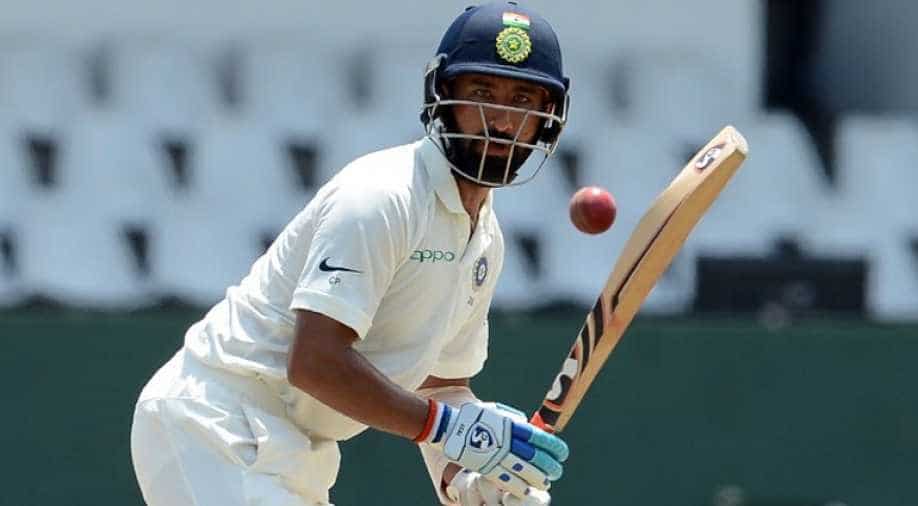 Cheteshwar Pujara plays a shot during the first day of the second Test match between Sri Lanka and India at the Sinhalease sports club in Colombo. Photograph:( AFP )

Sri Lanka fought back to take two vital wickets of Kohli & and Pujara post-lunch in the second Test match at the Sinhalese sports club in Colombo.

Earlier in the day, Virat Kohli won the toss and chose to bat first with KL Rahul coming in place of Mukund as expected.

India made a steady start with Dhawan and Rahul putting on 56 runs for the first wicket.

Dhawan was his belligerent self cracking 35 in just 37 balls with 5 boundaries and a magnificent six but fell lbw to Perera in the tenth over.

Rahul and Pujara batted confindently to take India to 101/1 at lunch.

KL Rahul was run-out post-lunch just when he looked confident in his comeback Test post-injury, his 57 off 82 contained seven hits to the boundary.

Skipper Kohli didn't last long falling to Herath with India falling behind at 113/3.

Pujara and Rahane are at the crease with Sri Lankan bowlers Fernando and Herath hungry to push Indians back after their rather easy victory at Galle in the first Test.