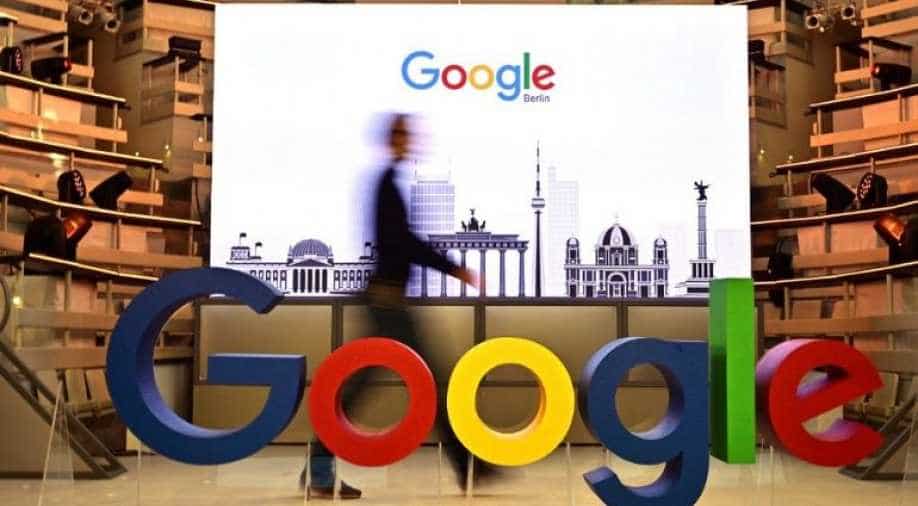 The shares rose to $1,226.60, on track for their biggest single-day increase in four years though still down about 4%.

The results helped Alphabet dismiss as a rare blip a $1 billion revenue miss in the first quarter, which had prompted an outburst of investor questions and the biggest one-day sell-off in its shares in about seven years.

In after-hours trade on Thursday, the shares rose to $1,226.60, on track for their biggest single-day increase in four years though still down about 4% from their highs before the April slide.

Alphabet's shares have lagged peers on Wall Street this year, rising about 9 per cent through Thursday's close, compared to a roughly 20% gain for the S&P 500 broadly.

Google Chief Executive Sundar Pichai told analysts on Thursday that advances in ad targeting and new services for consumers worldwide would spur growth. He said the company had survived calls for regulation before.

"We understand there will be scrutiny," and "we will engage constructively," he said.

Alphabet, which generates about 85 per cent of its revenue from sales of ad space and ad technology, reported total second-quarter revenue of $38.9 billion. That was up 19% over last year and compared with 17% growth in the first quarter. Analysts on average estimated 16.8% growth and $38.2 billion in revenue, according to IBES data from Refinitiv.

The last time that Alphabet had two consecutive quarters of revenue growth below 20% was three years ago.

Executives said the latest results backed their contention that the performance recently has been affected by currency exchange rates and one-off fluctuations rather than advertiser flight or some deeper challenge to its business.

Alphabet's chief financial officer, Ruth Porat, appeared to dispel other analyst concerns, saying the company has seen "virtually no impact" to revenue from efforts to stop running ads on YouTube videos that some have characterized as extremist or hateful.

Alphabet authorized up to $25 billion in new stock buybacks, aiming to make use of its $121 billion in cash.

Pichai said quarterly revenue from licensing cloud computing services and workplace software jumped to about $2 billion, from its last disclosure of $1 billion at the end of 2017. He said the cloud unit would triple its sales staff over the next few years.

Atlantic Equities analyst James Cordwell told Reuters in an email that the buyback and cloud updates "suggests that management cares about stock performance, which will be a relief to shareholders!"

Alphabet’s quarterly costs at $29.76 billion were about flat with the same period a year ago. The operating margin was 24%, up from 18% in the first quarter.

Alphabet in its earnings release on Thursday did not mention any government investigations.

Facebook Inc, along with the release of its earnings on Wednesday, said the FTC had informed it last month that it was under antitrust investigation. The social media giant also acknowledged a broad US Department of Justice's antitrust review of large internet companies.

Reuters reported last month that the US Federal Trade Commission was gearing up to investigate Google over complaints of anti-competitive behaviour.

Accusations lodged against Google by rivals and other critics span its advertising, app store, search and other businesses.

On Thursday, the Texas attorney general's office announced that a bipartisan group of state attorneys general is weighing a range of antitrust actions against big tech companies.