US Senate rejects Saudi arms sales in rebuke to Trump 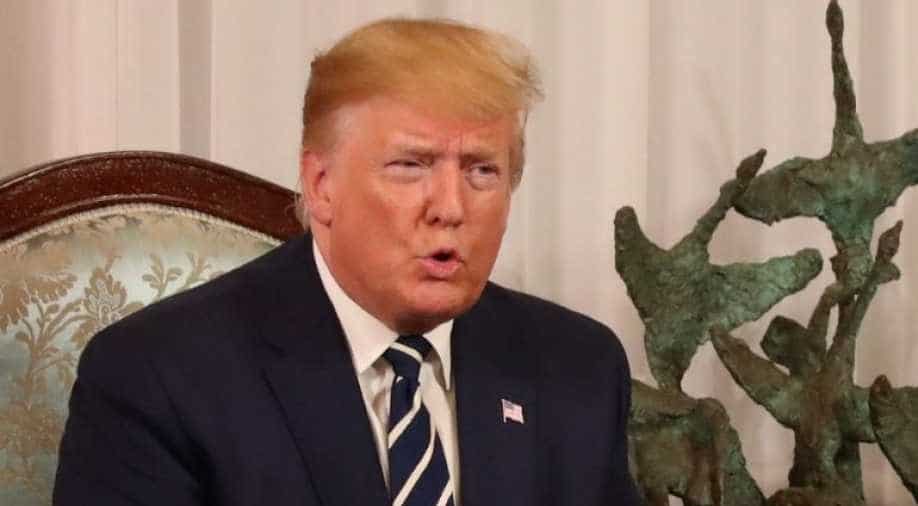 Trump has promised to veto the Senate action in order to proceed with the deals, worth some $8.1 billion.

The US Senate on Thursday voted to block the sale of billions of dollars in military sales to Saudi Arabia, the United Arab Emirates and other countries, rejecting President Donald Trump's decision to sidestep Congress' review of such deals by declaring an emergency over Iran.

Trump has promised to veto the Senate action in order to proceed with the deals, worth some $8.1 billion. Senators would need 67 votes to override his veto, which looked unlikely after Thursday's votes. The first and second resolutions of disapproval passed 53-45 and a third vote covering the remaining 20 resolutions was 51-45.

Backers of the resolutions, led by Democrat Bob Menendez and Republican Lindsey Graham, said they sent a bipartisan message to Saudi Arabia that Washington is not happy about human rights abuses, including the murder of journalist Jamal Khashoggi at a Saudi consulate in Turkey.

Many also expressed deep concern with Saudi Arabia and the UAE over the war in Yemen, where the two countries are battling Iran-backed Houthi rebels. The United Nations has described the conflict in Yemen, which has killed tens of thousands of people including thousands of civilians, as the world's worst humanitarian crisis.

Hours before the vote, Iran shot down a US military drone, escalating fears of wider military conflict. Washington said the incident was an "unprovoked attack" in international air space while Tehran said the drone was over its territory. Trump later said the attack apparently was a mistake by an Iranian "general or somebody."

Opposing the resolutions, the Senate's Republican majority leader, Mitch McConnell, cited tensions with Tehran. "The timing could not be worse for the Senate to send the wrong signal," he said.

Graham, normally a close Trump ally, underscored the unusual divide between the White House and some Republicans over Saudi Arabia in an emphatic Senate speech before the votes.

"You cannot have a strategic relationship with the United States and behave in a fashion that shows no respect for human dignity, no respect for international norms," Graham said.

Menendez, the top Democrat on the Senate Foreign Relations Committee, said the disapproval resolutions also reflected Congress' desire to preserve its powers to declare war and review major foreign weapons sales. Trump also used an emergency declaration strategy to circumvent Congress and try to get funding for a wall on the Mexican border.

Menendez scoffed at the administration's contention that the threat from Iran was an emergency that warranted so many weapons sales to third countries. "This is a power grab, pure and simple, with lasting implications for the role of Congress in the sale of arms around the world," Menendez said.

The resolutions are expected to pass the Democratic-controlled House of Representatives before reaching Trump's desk.

Despite Trump's veto threat, members of Congress said they expect some Saudi-related legislation would come into effect this year.

Lawmakers are working on a separate measure "to hold Saudi Arabia accountable" for human rights abuses and Khashoggi's murder.

The Senate Foreign Relations Committee also is due to consider as soon as next week legislation that would take away the ability of Trump, or any president, to use emergency authority to sell arms to any country besides NATO members and certain other key partners without congressional review.

Among military equipment in the deals are Raytheon precision-guided munitions, support for Boeing Co F-15 aircraft and Javelin anti-tank missiles, which are made by Raytheon and Lockheed Martin Corp.

Other products involved are General Electric engines for use in F-16 fighter jets operated by the UAE, and a fuzing system for precision-guided bombs from the US unit of French firm Thales SA.

Other companies with products or services in the deals are Britain’s BAE Systems Plc [BAES.L] and Europe’s Airbus [AIR.PA].

In London on Thursday an English court ruled that Britain had broken the law by allowing arms sales to Saudi Arabia that might have been deployed in the war in Yemen, after activists said there was evidence the weapons had been used in violation of human rights statutes.