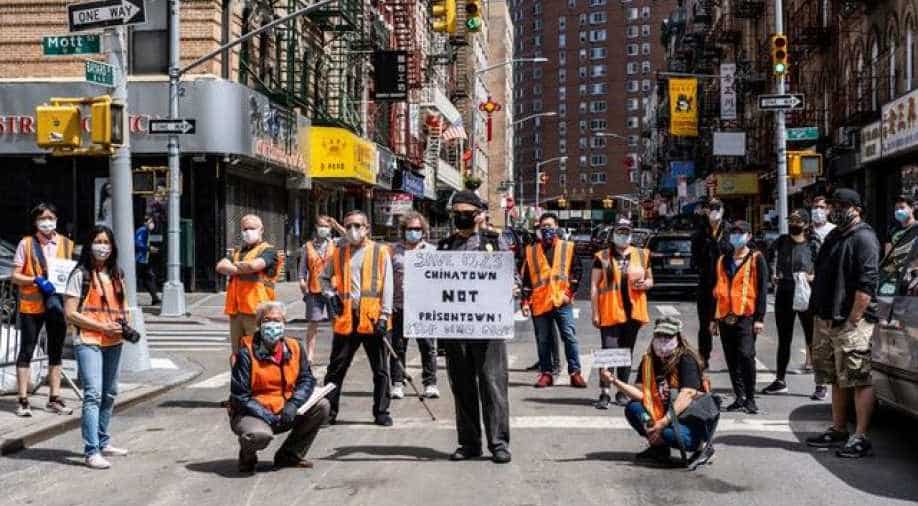 The FBI has warned of a rise in hate crimes against Asian-Americans since the coronavirus pandemic began, according to Reuters.

The United States has seen a spike in harassment of Asian-Americans since the coronavirus pandemic began. It has hence led community activists in the country to fight back -- forming street patrols, rallying on social media, and supporting each other online.

The FBI has warned of a rise in hate crimes against Asian-Americans since the coronavirus pandemic began, according to Reuters.

Asians of varying national backgrounds have suffered a surge of attacks this year, which activists linked to the pandemic's emergence in China. They fear the harassment has worsened in the US election year.

Since March 19, over 1,800 cases of harassment related to the coronavirus pandemic have been reported to Stop AAPI Hate, a website Jeung created with two advocacy groups.

Nine out of 10 victims were targetted because of their race, with 37% of incidents taking place in public areas, the organisation said. Verbal harassment and shunning occurred in over 90% of the cases. Victims were physically assaulted, or coughed or spat on, in some 15% of cases.

To this end, the New York City Commission on Human Rights launched a multilingual campaign to combat COVID-19-related discrimination after it received over 350 such complaints from February 1 to May 15. Of these, 133, or 37%, targetted Asians. That compared with just 11 complaints of discrimination targetted at Asians during the same period in 2019.

In some Chinatowns, volunteer patrols have been formed to protect residents and confront harassers. The Guardian Angels, with patrols in over 130 cities worldwide, are recruiting in US Asian communities for the first time in 41 years. Members include seniors and women, who are often targets of abuse.

The campaigns recall the Pan-Asian US civil rights movement in 1982, when Japan was blamed for the Detroit auto industry's downturn, said Helen Zia, a journalist-activist at the forefront of that wave.