US Republicans press for F-35 fighter jet sale to Taiwan 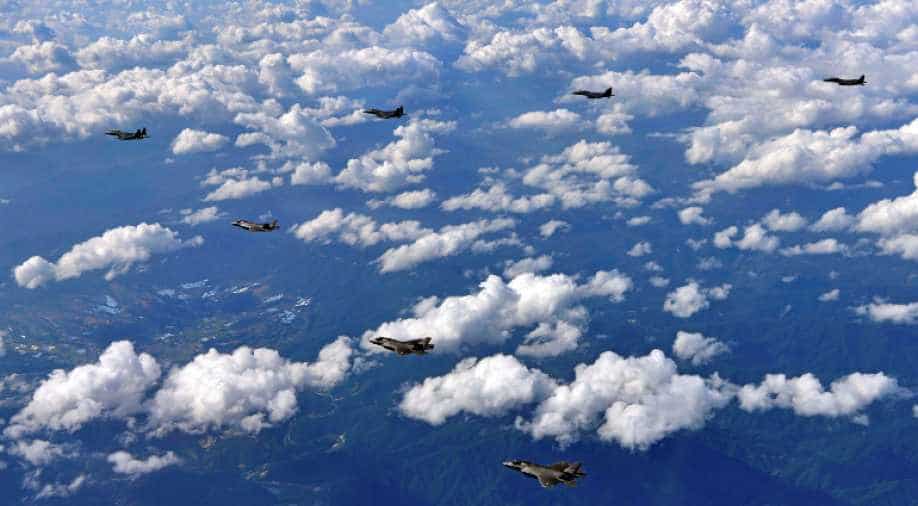 Two senior US&nbspRepublican senators asked the Trump administration&nbspon Monday&nbspto allow the sale of Lockheed Martin Corp. F-35 fighter jets to Taiwan, saying it would help it "remain a democracy" in the face of threats from China.

China`s hostility towards Taiwan has grown since Tsai Ing-wen from the pro-independence Democratic Progressive Party won presidential elections on the island in 2016. China claims Taiwan as its own and the self-ruled island which is one of China`s most sensitive issues.

"These fighters will have a positive impact on Taiwan`s self-defense and would act as a necessary deterrent to China`s aggressive military posture across the Asia-Pacific region," Senators John Cornyn, the assistant majority leader, and James Inhofe, a senior member of the Armed Services Committee, said in a letter to President Donald Trump.

"After years of military modernization, China shows the ability to wage war against Taiwan for the first time since the 1950`s," they wrote. "However, with your leadership, it is possible to help Taiwan remain a democracy, free to establish a relationship with China that is not driven by military coercion."

The sale of the jets could increase tensions with Beijing, where officials were infuriated when Trump signed legislation this month that encourages the United States to send senior officials to Taiwan to meet Taiwanese counterparts and vice versa.
On Tuesday, the office of Taiwan`s president reiterated its support for the legislation and awarded US&nbspRepresentative Ed Royce, who is currently visiting the island, a medal of honour for his contributions toward Taiwan-US&nbsprelations.

"This is duping Taiwan compatriots," Liu said, without naming any US&nbspofficials. "It is futile for any outside forces to try and play the Taiwan card and doing anything to harm the interest of the Chinese people."

The US&nbspmilitary has put countering China and Russia at the centre of a new national defence strategy unveiled by Defense Secretary Jim Mattis in January.

Other US&nbspallies in the Asia Pacific region, such as Singapore, also are exploring the purchase of the stealthy F-35.

Lockheed hit its 2017 target to deliver 66 F-35 fighter jets to the United States and its allies last year.