US police ambush: Suspect charged with murder of two officers 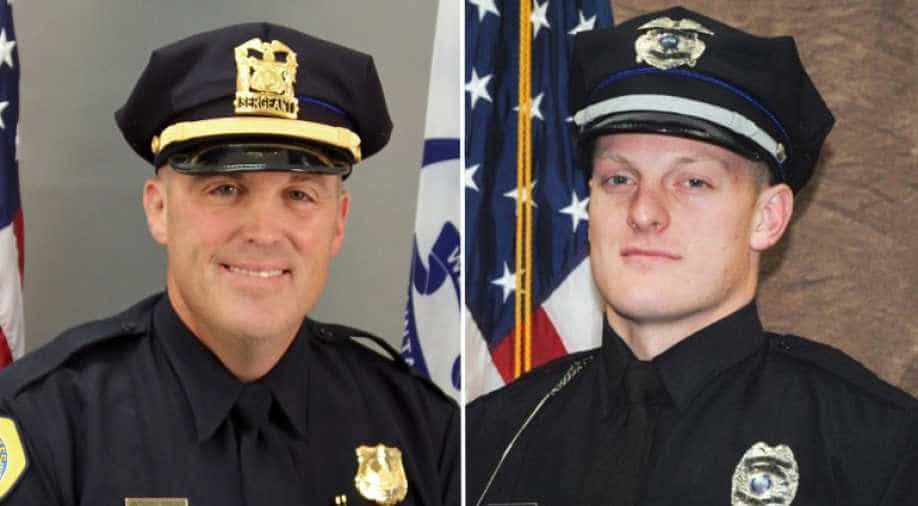 Anthony Beminio and Justin Martin were ambushed in two separate incidents on Wednesday while patrolling in their cars. Photograph:( AFP )

The police charged the suspect in the "ambush-style" shootings of two police officers with two counts of first-degree murder in the US state of Iowa on Thursday.

Scott Michael Greene was arrested less than two hours after police released his name and said they were searching for him.

"The investigation has produced probable cause to support these charges," the department said, declining to offer additional information.

Anthony Beminio and Justin Martin were ambushed on Wednesday while patrolling in their cars.

A witness told Reuters that a police cruiser at the site of the Des Moines shooting was riddled with three bullet holes.

Police said that Greene has a history of run-ins with the law.

There are two YouTube videos posted by Scott Greene, an Iowan resident who appears to fit the description of the man named as the suspect wanted by police.

In the first video, entitled, "Police Abuse, Civil Rights Violation at Urbandale High School", Greene records himself being asked by two cops to exit school property. "Have I committed a crime?" he asks. He says "I think I've been assaulted by you", and claims he was grabbed and shoved. He tells a third officer that he wants to report the theft of a flag taken from him, and that he wants to press charges against someone who hit him from behind while he was in the stands.

In the second YouTube video -- which is really a 10 second still, essentially a picture -- a man is seen holding a Confederate Flag, a loaded symbol in the US. While it can be an innocent symbol of the American South, it is also esteemed by various white supremacist groups.