US looks to test ground-launched cruise missile in August 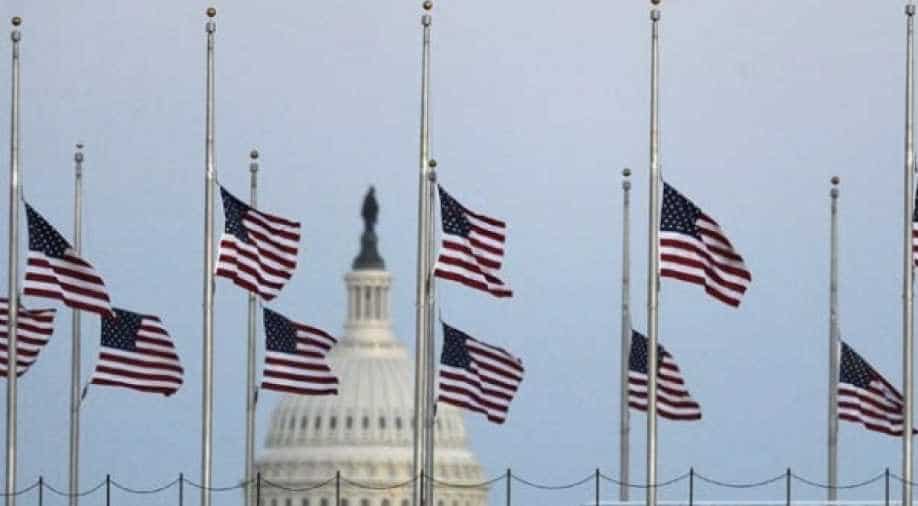 If the testing is successful, the missile could be deployed in about 18 months.

The United States aims to test a ground-launched cruise missile with a range of about 1,000 km (620 miles) in August, a Pentagon official said on Wednesday, after Washington announced last month it plans to withdraw from the Intermediate-Range Nuclear Forces Treaty.

Last month, the United States said it would withdraw from the INF treaty in six months unless Moscow ends what Washington says are violations of the 1987 pact.

Russia announced it was suspending the treaty. Moscow denies flouting the accord and has accused Washington of breaking the accord itself, allegations rejected by the United States.

"We`re going to test a ground-launched cruise missile in August," said a senior defence official, who declined to be named.

If the testing is successful, the missile could be deployed in about 18 months.

The official said the United States was also looking to test an intermediate-range ballistic missile in November, adding that both would be conventional and not nuclear.

The INF treaty, negotiated by then-President Ronald Reagan and former Soviet leader Mikhail Gorbachev and ratified by the US Senate, eliminated the medium-range missile arsenals of the world’s two biggest nuclear powers and reduced their ability to launch a nuclear strike at short notice.

The INF treaty required the parties to destroy ground-launched ballistic and cruise missiles with ranges of between 500 and 5,500 km (310 to 3,420 miles).

The United Nations has urged the United States and Russia to preserve the treaty, saying its loss would make the world more insecure and unstable.

Kingston Reif, an analyst with the Arms Control Association, a non-profit group that seeks to promote public understanding of and support for arms control, said the US move could be "a signal" to nudge Russia to return to compliance with the treaty.

But he thought it was more likely that the Trump administration was simply planning for the treaty’s demise.

"I think this particular White House and this particular national security adviser (John Bolton) are intent on the treaty coming to an end, so they have designs on a post-INF world in which the fielding of these capabilities is no longer prohibited either in Europe or in the Asia-Pacific," Reif said.

Last month Russian President Vladimir Putin said Russia is militarily ready for a Cuban Missile-style crisis if the United States wanted one and threatened to place hypersonic nuclear missiles on ships or submarines near US territorial waters.

The Cuban Missile Crisis erupted in 1962 when Moscow responded to a US missile deployment in Turkey by sending ballistic missiles to Cuba, sparking a standoff that brought the world to the brink of nuclear war.

More than five decades on, tensions are rising again over Russian fears that the United States might deploy intermediate-range nuclear missiles in Europe.

"We haven`t engaged any of our allies about forward deployment," the US defence official said. "Honestly, we haven`t been thinking about this because we have been scrupulously abiding by the treaty."