US, France, Britain may be complicit in Yemen war crimes: UN report 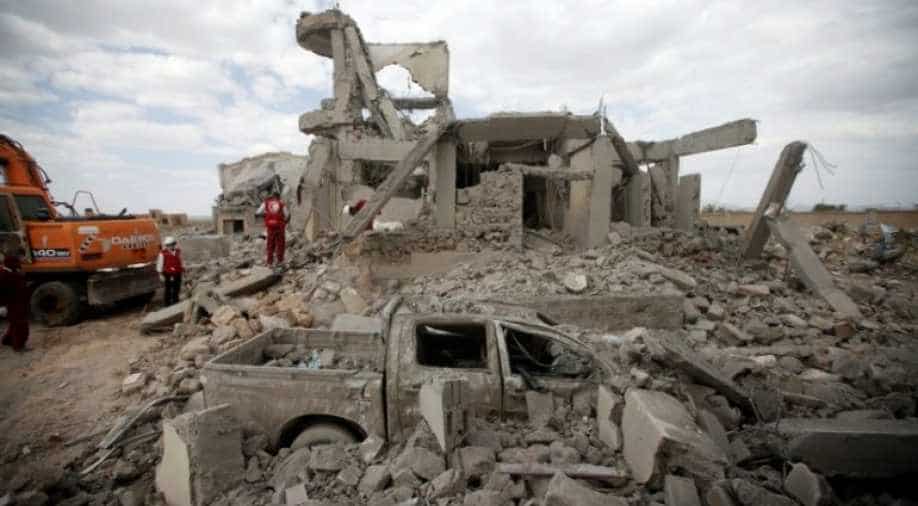 The UN report said its independent panel had sent a secret list to UN human rights chief Michelle Bachelet, identifying 'individuals who may be responsible for international crimes'

The United States, Britain and France may be complicit in war crimes in Yemen by arming and providing intelligence and logistics support to a Saudi-led coalition that starves civilians as a war tactic, the United Nations said on Tuesday.

UN investigators recommended that all states impose a ban on arms transfers to the warring parties to prevent them from being used to commit serious violations.

"It is clear that the continued supply of weapons to parties to the conflict is perpetuating the conflict and prolonging the suffering of the Yememi people," Melissa Parke, an expert on the independent UN panel, told a news conference.

"That is why we are urging member states to no longer supply weapons to parties to the conflict," she said.

Saudi Arabia and the United Arab Emirates, the main parties in the coalition fighting against the Iran-aligned Houthi movement that controls Yemen's capital, are two of the biggest buyers of US, British and French weapons.

The experts compiled a secret list of suspected war criminals. Investigators found potential crimes on both sides, while highlighting the role Western countries play as backers of the Arab states and Iran plays in support of the Houthis.

"There are no clean hands in this combat, in this contest," panelist Charles Garraway said.

The report accused the anti-Houthi coalition led by Saudi Arabia and the UAE of killing civilians in air strikes and deliberately denying them food in a country facing famine. The Houthis, for their part, have shelled cities, deployed child soldiers and used "siege-like warfare", it said.

Neither the Saudi government communications office nor UAE officials responded immediately to Reuters requests for comment.

The Houthis drove Yemen's government out of the capital Sanaa in 2014. The Saudi-led coalition of Sunni Muslim states intervened the following year to restore the ousted government, a conflict that has since killed tens of thousands of people.

The prospect of famine has created what the United Nations describes as the world's biggest humanitarian crisis, where 24 million people rely on aid.

The UN report said its independent panel had sent a secret list to UN human rights chief Michelle Bachelet, identifying "individuals who may be responsible for international crimes".

Its appendix lists more than 160 "main actors" among Saudi, Emirati and Yemeni government and Houthi officials, although it said this was separate from the suspects list.

The report said, "The legality of arms transfers by France, the United Kingdom, the United States and other States remains questionable, and is the subject of various domestic court proceedings."

It found that a Joint Incidents Assessment Team set up by Saudi Arabia to review alleged coalition violations had failed to hold anyone accountable for any strike killing civilians, raising "concerns as to the impartiality of its investigations".

"Of one thing we are pretty sure - things are going wrong in the (coalition) targeting process," Garraway said.

The UN panel said it had received allegations that Emirati and affiliated forces have tortured, raped and killed suspected political opponents detained in secret facilities, while Houthi forces had planted land mines that killed hundreds.