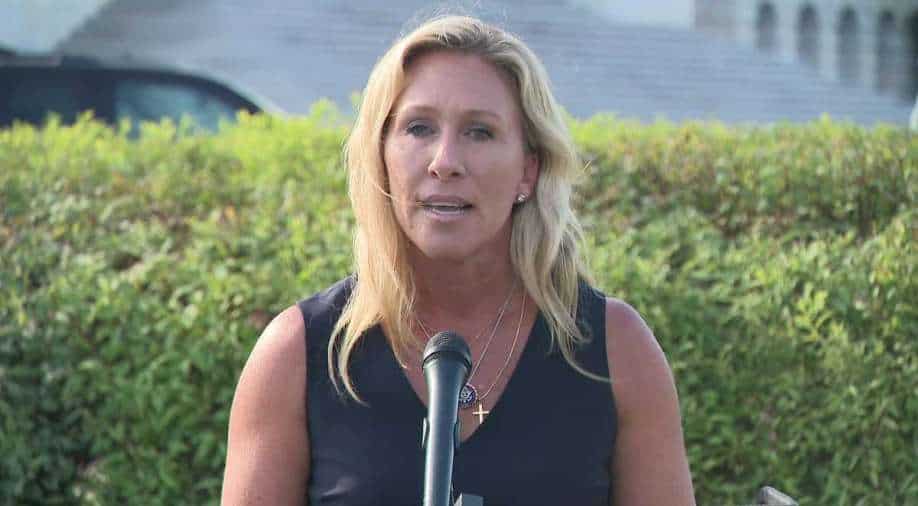 The Republican lawmaker Marjorie Taylor Greene has apologised for equating the mandatory wearing of safety masks in the US House of Representatives to the horrors of the Holocaust.

“I’m truly sorry for offending people with remarks about the Holocaust,” Taylor Greene told reporters outside the Capitol on Monday, saying she had visited Washington’s US Holocaust Memorial Museum earlier in the day. “There’s no comparison and there never will be.“

Greene opened her news conference saying: "I just always want to remind everyone I'm very much a normal person."

Watch | WION Edit: The lessons from the Holocaust

She said she had gone to the US Holocaust Memorial Museum earlier on Monday. She also mentioned that when she was 19, she went to the Auschwitz concentration camp in Poland, where the Nazis massacred over 1 million Jews.

Earlier on May 23, Greene had slammed Speaker of the House Nancy Pelosi on mandatory mask issue saying, “This woman [Pelosi] is mentally ill. You know, we can look back in a time in history where people were told to wear a gold star, and they were treated as second-class citizens — so much so that they were put in trains and taken to gas chambers in Nazi Germany and this is exactly the type of abuse that Nancy Pelosi is talking about.”

Her comments had also been denounced by Republican congressional leaders.

During World War II, the Holocaust, also known as the Shoah, was a genocide of European Jews.

Between 1941 and 1945, Nazi Germany and its allies murdered around six million Jews in German-occupied Europe, accounting for roughly two-thirds of Europe's Jewish population.