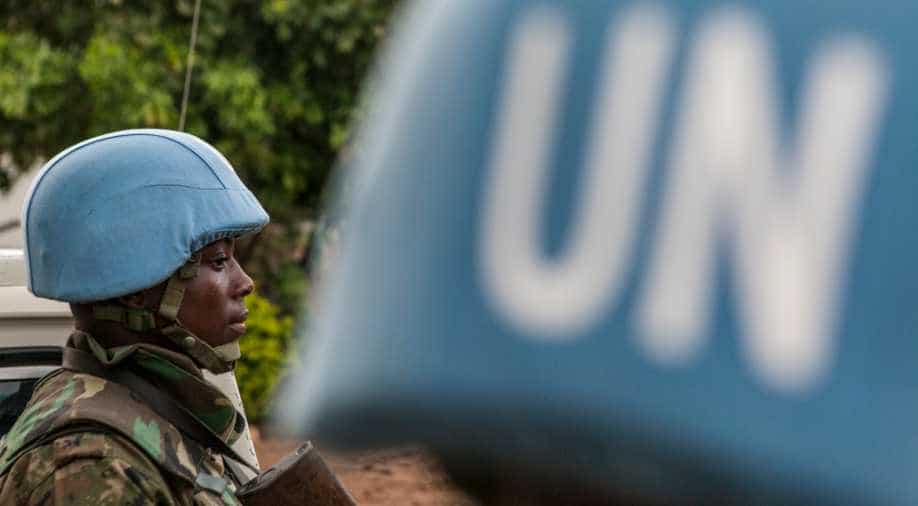 The UN Security Council is expected to adopt on Thursday a US-drafted resolution that threatens to impose an arms embargo on South Sudan and sanctions against those blocking efforts to end one of Africa's worst wars.

The strongly-worded text is aimed at piling pressure on South Sudan's warring sides as they head into a new round of peace talks in Ethiopia next month to end the four-year war.

The council "expresses its intention to consider all measures, including an arms embargo, as appropriate, to deprive the parties of the means to continue fighting," according to a final draft resolution.

Demanding an end to the fighting, the council will "consider all appropriate measures... against those who take actions that undermine the peace, stability, and security of South Sudan," said on Wednesday.

The draft resolution would also renew the mandate of the UN peacekeeping mission for a year and maintain a regional force in Juba that was deployed after fierce fighting broke out in the capital in July 2016.

The United Nations has 12,500 troops and 1,500 police in its UNMISS mission, which is tasked with protecting civilians caught up in a brutal war between President Salva Kiir's forces and rebels.

Negotiations on the US-drafted text began last week with Russia, China and Ethiopia raising objections to the threat of an arms embargo, diplomats said.

That stance was in line with the African Union, which has backed sanctions as a way to pressure the parties but has not endorsed an arms embargo.

The United States failed in late 2016 to garner enough support for a ban on weapons sales after eight countries including Russia, China, Angola, Egypt and Senegal abstained.

Nine votes are required to adopt a resolution in the 15-member council.

Despite the defeat, the United States has continued to call for an arms embargo, with the support of Britain and France.

Human Rights Watch's UN deputy director Akshaya Kumar said an arms embargo and sanctions are the "missing pieces of the puzzle" to shore up peace efforts in South Sudan.

"It's good that the Security Council is threatening these steps but they have made these threats many times before, and what we are waiting for is action," she said.

The measure would push the council closer to action but another draft resolution would have to be approved for the actual arms embargo to be imposed.

The war in the world's youngest nation has killed tens of thousands of people, uprooted four million -- roughly a third of the population -- and raised the risk of famine.

South Sudan won independence from Sudan in 2011, with critical backing from the United States, which remains Juba's biggest aid donor.

With the war now in its fifth year, Ethiopia is leading a regional peace effort, hosting talks between the government and rebel groups that have yet to produce a breakthrough.

A ceasefire deal agreed in December has not taken hold, even though the level of violence has decreased.

The Ethiopia-led diplomatic effort has been billed as a last chance for peace as frustration grows over the ongoing war that has seen horrific levels of brutality.

A UN rights commission last month said there was sufficient evidence to charge at least 41 senior officers and officials with war crimes and crimes against humanity.

The commission's report documented extraordinary cruelty. Some victims were beheaded, burned alive or had their throats cut, others had their eyes gouged out or were tortured.

Addressing a recent African Union summit, UN Secretary-General Antonio Guterres dropped his usual reluctance to criticize leaders and bluntly said of South Sudan's leaders that he "had never seen a political elite with so little interest in the well-being of its own people."