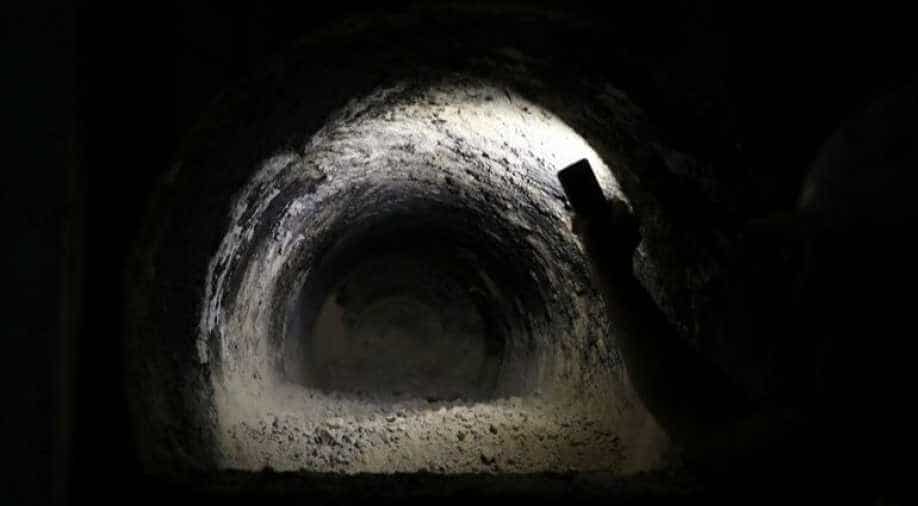 A labourer shines a light into a grave cut into the rock, as construction continues on a new underground cemetery in Jerusalem. Photograph:( Reuters )

The mile-long labyrinth was tunnelled into the hillside beneath Jerusalem's main Jewish cemetery.

A massive, new underground necropolis is being built in Jerusalem to help overcome a looming shortage of gravesites for Jewish people in the holy city.

The mile-long labyrinth, with 23,000 burial chambers lining the walls and ground, was tunnelled into the hillside beneath Jerusalem's main Jewish cemetery, Givat Shaul, which is quickly running out of space.

Chevra Kadisha, the main group overseeing Jewish burials in Israel, has invested some $86 million in the modern twist on an ancient burial practice that it hopes will ease the pressure on the city's cemeteries.

Dozens of graveyards in Israel have already closed their gates to new burials. Non-Jews, who make up a minority in Israel, are buried in separate cemeteries.

The first 8,000 graves will be ready to use at the end of the month.

"According to our plan, after we finish the first part of 23,000 graves, probably we will have enough space to continue digging underground," Chananya Shachor, director of a local chapter of Chevra Kadisha, said on Sunday as the media got a first glimpse of the work.

"We will continue if people will accept this new method of burying", Shachor added.