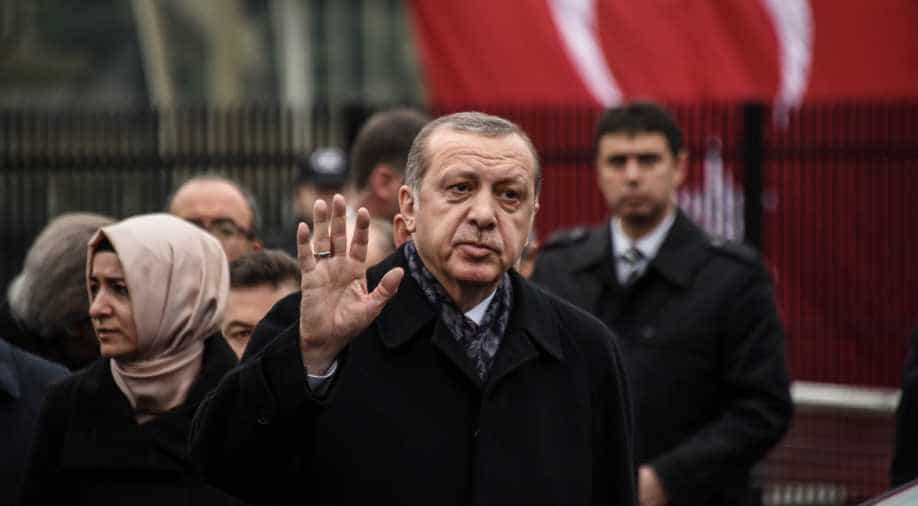 Turkey has been under a state of emergency since last year when a coup attempt aimed to overthrow Erdogan did not succeed. Photograph:( Getty )

In a dramatic move, Turkey's parliament voted to pass a controversial constitutional reform package which will expand the powers of the presidnet exponentially.

The ruling Justice and Development Party (AKP) received 339 "yes" votes for the bill which will overhaul the existing power structure in Turkey giving Erdogan a chance to continue as president till 2029.

There were 142 votes against the bill. The constitutional amendment needed a minimum of 330 votes or more, a three-fifths majority, to allow it to be sent for a referendum for final approval.

The public vote is likely to take place in April.

The move will create an executive presidency in Turkey for the first time.

The opponents of the bill said that the expansion of the powers of the president at a time when the country is reeling under emergency points to authoritarian tendencies.

If approved, parliamentary elections and presidential ballots would be held simultaneously, with the draft giving November 3, 2019 as the poll date, AFP reported.

Prime Minister Binali Yildirim said that the last decision on the constitutional amendment rests with the people.

"No one should have any doubt of this, on the issue of constitutional change, the most correct decision will certainly be given by the people," he said.

Turkey has been under a state of emergency since last year when a coup attempt aimed to overthrow Erdogan did not succeed.

Turkish authorities have cracked down on political opponents, civil servants and renegade military personnel who are expected to be involved in the failed putsch.