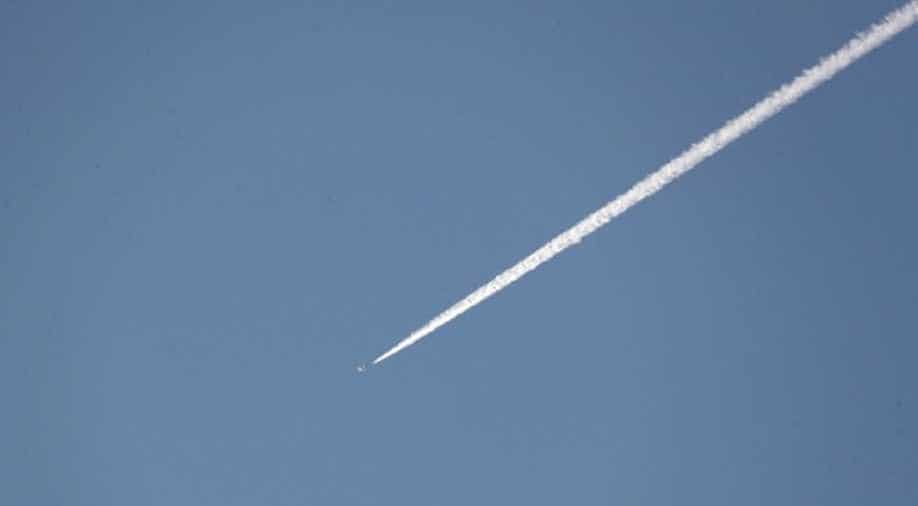 A Turkish fighter jet flies over the town of Hassa on the Turkish-Syrian border in Hatay province, Turkey. Photograph:( Reuters )

Turkish warplanes struck positions of a US-backed Kurdish militia in Syria`s Afrin province on Saturday, opening a new front in the Syrian civil war and raising the prospect of deeper strains between Turkey and Washington.

The operation sees Ankara confronting Kurdish fighters allied to the United States at a time when relations between Turkey and Washington - NATO allies and members of the coalition against Islamic State - appear dangerously close to a breaking point.

Turkey`s move could also complicate its push to improve ties with Russia. Moscow will demand in the United Nations that Turkey halt its military operation, a member of the upper house of the Russian parliament`s security committee told RIA news on Saturday.

The YPG said a number of people had been wounded in the air strikes, but said it remained unclear how many. There were currently no clashes between Turkish forces and the YPG, "only skirmishes" at the edge of the Afrin region, according to Rojhat Roj, a YPG spokesman in Afrin.

The attacks, which Turkey is calling Operation Olive Branch, follow weeks of warnings against the YPG in Syria from President Tayyip Erdogan and his ministers. Turkey considers the YPG to be an extension of the outlawed Kurdistan Workers Party (PKK), which has carried out a deadly, three-decade insurgency in Turkey`s mainly Kurdish southeast.

The YPG`s growing strength across a swath of northern Syria has alarmed Ankara, which fears the creation of an independent Kurdish state on its southern border.

The Turkish military said its operation in Afrin was to provide safety for Turkey`s border and to "eliminate terrorists... and save friends and brothers, the people of the region, from their cruelty."

"We will destroy the terror corridor gradually as we did in Jarabulus and Al-Bab operations, starting from the west," Turkey`s Erdogan said, referring to previous operations in northern Syria designed to push out Islamic State and check the YPG`s advance.

Earlier on Saturday, the military said it hit shelters and hideouts used by the YPG and other Kurdish fighters, saying Kurdish militants had fired on Turkish positions inside Turkey.

But the Us-backed Syrian Democratic Forces - of which the YPG is a major component - accused Turkey on Saturday of using cross-border shelling as a false pretext to launch an offensive in Syria.

Differences over Syria policy have further complicated Turkey`s already difficult relationship with NATO ally the United States. Washington has backed the YPG, seeing it as an effective partner in the fight against Islamic State.

A US State Department official on Friday said military intervention by Turkey in Syria would undermine regional stability and would not help protect Turkey`s border security.

Instead, the United States has called on Turkey to focus on the fight against Islamic State. Ankara accuses Washington of using one terrorist group to fight another in Syria.