Trump's tough talk on Canadian lumber anything but unprecedented 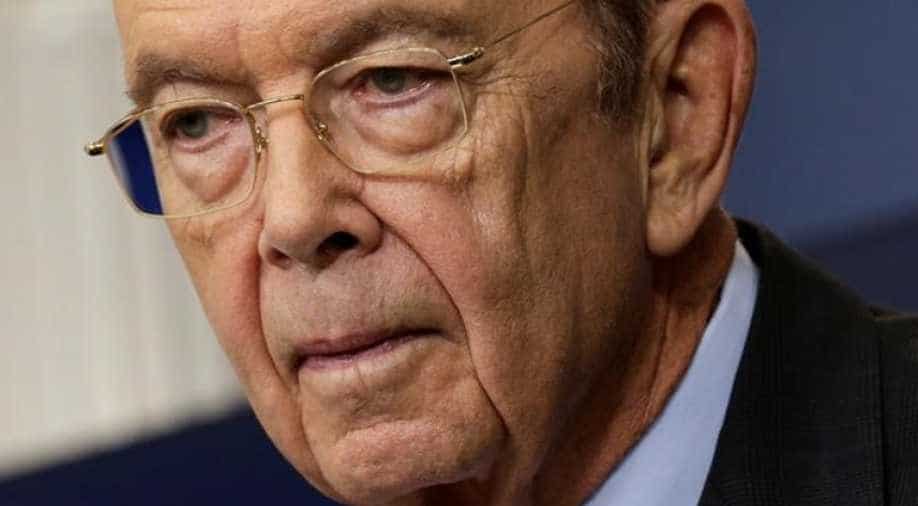 Trump pledged to charge an additional?20% tax on softwood lumber from Canada||This amounts to $1 billion in extra duties Canada is expected to pay||This dispute between US-Canada on softwood lumber goes back to the 1980s||Canadian PM Trudeau called the duties "unfair"

Nobody could claim to be shocked after the presidential candidate who ran on "bomb the sh*t out of them" rained Tomahawk missiles on Syria and dropped what is literally called the "Mother Of All Bombs" in Afghanistan, but tough words against Canada?

Canada is now bracing for trade disputes with the US after what some may see as surprisingly anti-Canadian rhetoric coming from the Trump White House.

On Tuesday Trump said: "People don't realise that Canada has been very rough on the United States. Everyone thinks of Canada as being wonderful and so do I. I love Canada. But they've outsmarted our politicians for years."

The US Commerce Secretary Wilbur Ross said Canada was "not a good neighbour".

As statements, this is placid stuff by Trump White House standards. These Americans seem to be using Canadian passive aggressiveness against Canada. But in action Trump's pledge to charge an additional 20 per cent tax on softwood lumber, key in the construction industry, from Canada is highly provocative. In a $5 billion industry, US dollars, this amounts to an additional $1 billion.

And Reuters reported that the US Commerce department "will instruct US Customs and Border Protection to collect cash deposits based on these preliminary rates," and that "certain companies will be subject to the retroactive collection of cash deposits" for up to 90 days.

Fair play is apparently the US getting hundreds of millions of dollars in cash for something that has already happened. The previous softwood lumber deal expired in October 2015, but what gives the US grounds to make these kind of claims is unclear.

In response, Prime Minister Trudeau's office has "refuted the baseless allegations by the US Department of Commerce and the decision to impose unfair duties," according to summary of the call published in media reports.

Is this new? No

While it's tempting to read this as a sign that Trump's unhinged bellicosity will extend even to Canada--a country the planet largely sees as an innocent darling, although less so as evidence to the contrary mounts--squeezing Canada for more money despite signed free trade agreements is an American tradition. Complaining about America doing this is a Canadian tradition.

It's a fight that first erupted in the 1980s. In fact, trying to screw Canada on softwood lumber may be the only political precedent Trump has decided not to smash.

Wilbur Ross continued: “It’s not a question of President Trump messing with the Canadians. We believe the Canadians violated legitimate practice.” That Canada violated legitimate practices is a little rich, coming from a man who represents a president currently under FBI investigation for colluding with a hostile foreign government, and who for decades has been so linked to the Russian mafia he may as well be a made man, if he isn't already. (Here are 136 links between Trump's orbit and Russia's.)

But to be fair, the softwood lumber issue does predate Trump, and is sufficiently thorny and complicated to have put these two otherwise chummy, successive governments at odds for decades. Maybe Canada violated agreements, but it's impossible to hear the US president, the king of the "bait and switch" con, and take his word for it.

People outside North America may look at this and wonder: If Trump will pick a fight with Canada, which country is immune? Well, they should know, this is an old fight.

But in case anyone thinks the US isn't being a little ornery with its northern neighbour, Trump is targeting not just lumberjacks but Canada's other notorious fat cats: Dairy farmers.

Canada has made business for our dairy farmers in Wisconsin and other border states very difficult. We will not stand for this. Watch!

Trump has spent months blasting NAFTA, but also recently praised it, and now seems to be harsh on it again. While the lumber fight may be old, moving forward with free trade deals the script is far from clear.

Trying to predict what this erratic, monumentally inexperienced and unqualified guy will do next is anyone's guess.