Trump speaks with Britain's May on Iran, North Korea 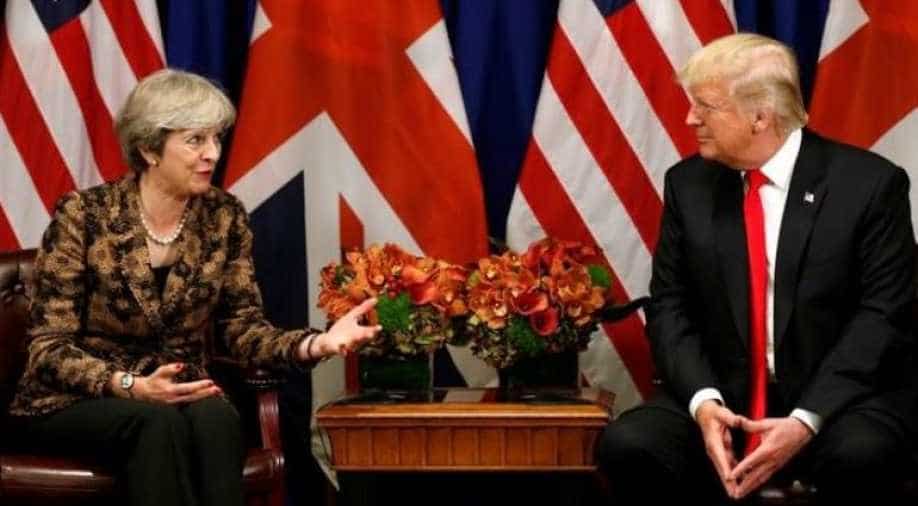 US&nbspPresident Donald Trump spoke with Britain's Prime Minister Theresa May on Saturday on issues including the Iran nuclear deal, a week before the president is to decide whether Washington will leave the pact, the White House said.

Trump is set to decide by May 12 whether to withdraw from the 2015 Iran deal, in which the Islamic Republic agreed to curb its nuclear program in exchange for sanctions relief. Trump has all but decided to withdraw, White House officials said on May 2.

Still, Trump could figure out a way to stay in the deal between the Islamic Republic and six world powers: Britain, China, France, Germany, Russia and the United States.

Britain, France and Germany agreed that the deal is the best way of stopping Tehran from getting nuclear weapons, May's office said in late April.

French President Emmanuel Macron urged Trump to stay in the deal when he met with the president in Washington last month.

In the call with May, Trump "underscored his commitment to ensure that Iran never acquires a nuclear weapon," the White House said.

British Foreign Secretary Boris Johnson is travelling to Washington on Sunday for a two-day visit, when he will meet Vice President Mike Pence and national security adviser John Bolton, for talks on Iran, North Korea, Syria and other issues, Britain said.

"The UK, the United States, and European partners are "united in our effort to tackle the kind of Iranian behavior that makes the Middle East region less secure - its cyber activities, its support for groups like Hezbollah, and its dangerous missile program, which is arming Houthi militias in Yemen," Johnson said in a statement.

Trump is slated visit the United Kingdom in July.