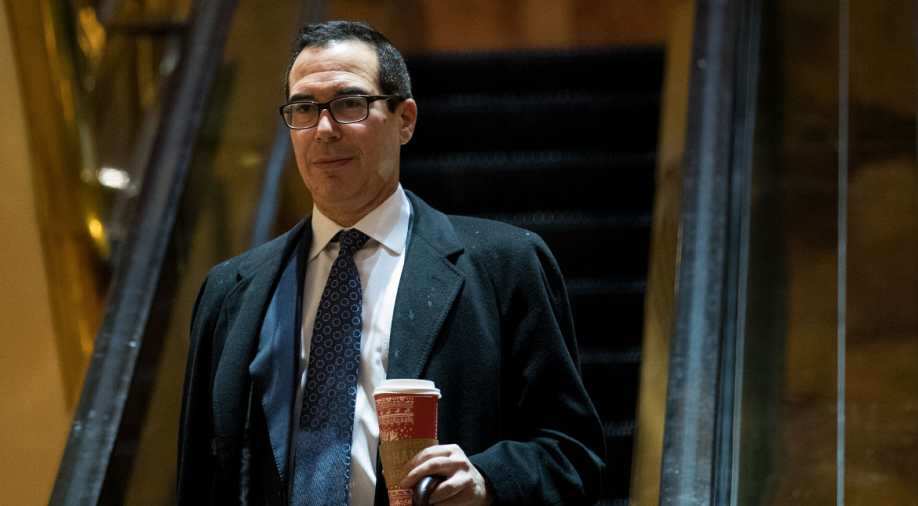 President-elect Donald Trump named Wall Street veteran Steven Mnuchin for Treasury secretary Wednesday, filling key slots on his economic team even as he announced plans to leave his businesses to avoid any conflict of interest.

Mnuchin and billionaire Wilbur Ross were asked in a television interview with CNBC if they could confirm reports they had been named to lead the US Treasury and Commerce departments, respectively.

Mnuchin, 53, is a former Goldman Sachs partner who was Trump's campaign chairman and Ross is an investor who has made billions turning around distressed companies.

With his appointment, Mnuchin is now being rewarded for taking Trump's side at a time when the Republican Party's major political donors, such as the billionaire Koch brothers, had avoided him.

Trump's picks, although not yet confirmed by his White House transition team, would be the first major nominations to his economic policy team.

They came as the president-elect announced he will be leaving his private businesses to avoid any appearance of a conflict of interest while in the White House, while insisting he was not legally bound to do so.

In a series of Tweets, Trump said he would unveil his plans at a December 15 news conference in New York with his children.

He said he would "discuss the fact that I will be leaving my great business in total in order to fully focus on running the country in order to MAKE AMERICA GREAT AGAIN!"

"While I am not mandated to do this under the law, I feel it is visually important, as President, to in no way have a conflict of interest with my various businesses."

The billionaire real-estate mogul has yet to explain in detail how he intends to separate himself from his complex business empire while president.

US presidents typically put their assets in blind trusts managed without their input.

But Trump has said he wants to leave the management of his extensive business interests to his children.

At the same time, he has reportedly looked into getting a security clearance for his son-in-law Jared Kushner so he could continue as a special adviser.

Mnuchin has an unusual resume: he studied at Yale University and was a partner in Goldman Sachs, before he launched an investment fund backed by Democratic Party supporter George Soros and financed Hollywood blockbusters like "Avatar" and "Suicide Squad."

Now the Wall Street veteran has to help deliver on the campaign pledges that took Trump to the White House amid modest growth and economic anxiety.

Trump has vowed to cut corporate taxes, as a bid to encourage multinational companies to repatriate their earnings, and to scrap the 2010 Dodd-Frank financial reform legislation, which was enacted to protect consumers and the financial system from Wall Street excesses that caused the financial crisis.

Ross is a billionaire investor known for taking over ailing steel and coal companies, and then selling them for a big profit.

He will oversee many of the trade disputes with countries like China, many of which are complaints about dumping of cheaply-produced steel and aluminum into the US market.

Ross, whose fortune is estimated at $2.9 billion, has advocated steep tariffs on Chinese imports.