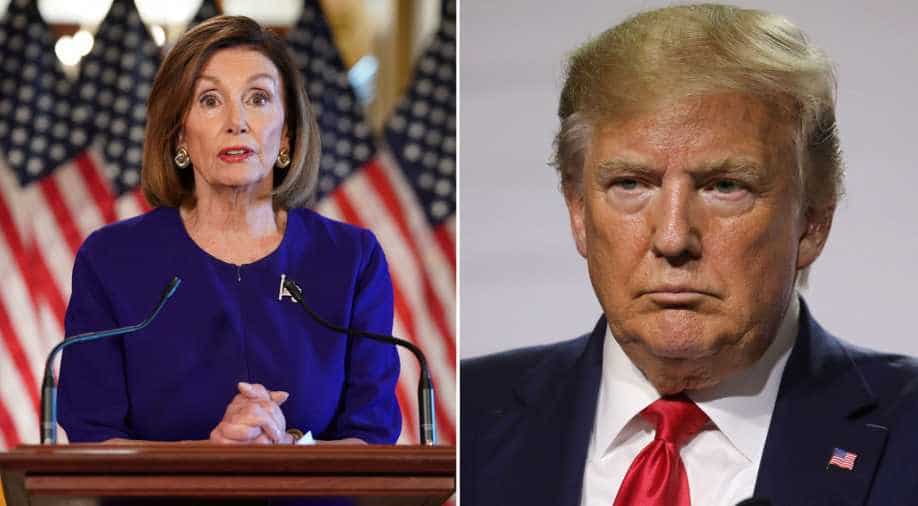 Pelosi had said Trump should not be taking the drug hydroxychloroquine to protect against contracting the coronavirus because he is 'morbidly obese.'

US President Donald Trump has called House speaker Nancy Pelosi a ''sick woman'' with ''mental problems'' over comments on his usage of an unapproved drug to treat coronavirus.

Earlier, in an interview, US Democrat Pelosi said Trump should not be taking the drug hydroxychloroquine to protect against contracting the coronavirus because he is ''morbidly obese.''

The President revealed on Monday that he had been taking hydroxychloroquine in addition to zinc as a preventative measure, saying he heard positive reviews of the drug from front-line health-care workers.

Trump said he consulted with the White House physician about taking the drug, and the White House released a letter Monday evening from physician Sean Conley saying the two determined "the potential benefit from treatment outweighed the relative risks."

Trump and Pelosi have traded barbs for years, including over her frequent public assertion that she ''prays'' for him.

Pelosi notably ripped up a copy of Trump’s speech at the State of the Union in February after the president declined to shake her hand when he entered the chamber.