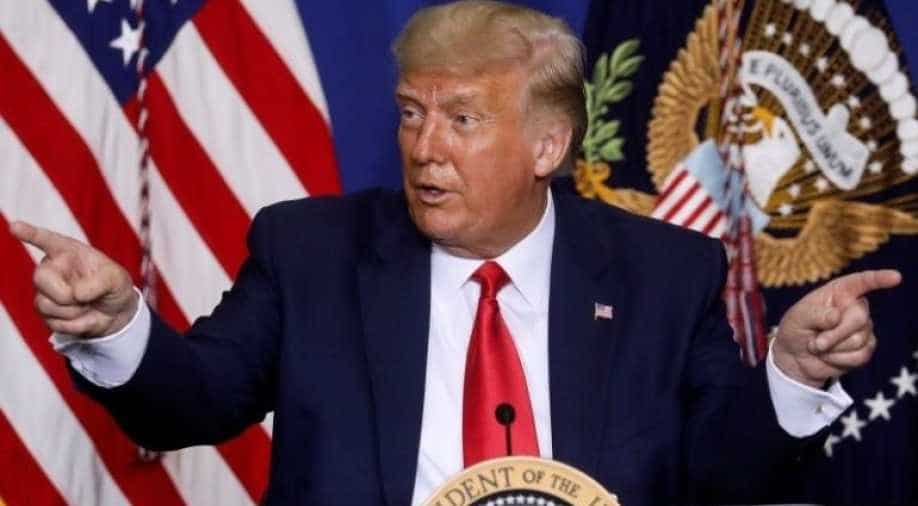 US President Donald Trump has instructed that dozens of oil refiner requests for retroactive waivers from US biofuel laws be denied amid concerns the issue could cut into his support in the Farm Belt, three sources familiar with the decision said.

The move, in the form of a direction to the Environmental Protection Agency, marks the end of an effort by the refining industry to come into compliance with a January court decision that said the Trump administration should not have given out some waivers in previous years.

The waivers have been a battleground for the influential oil and corn lobbies, both major constituencies for Trump as he seeks re-election in November.

The people familiar with Trump's direction to the EPA wished to remain anonymous so they could speak candidly about the decision.

Under the US Renewable Fuel Standard (RFS), oil refiners must blend billions of gallons of biofuels into their products, or buy credits from those that do. But refiners may also seek an exemption from those obligations if they prove the requirements would cause them financial harm.

Biofuel advocates say the waivers hurt demand for corn-based ethanol. The oil industry says the obligations are too pricey.

US renewable fuel credits for 2020 rose on Wednesday to their highest since March 2018. Credits traded at 55 cents each, up nearly 18% from the previous session.

The Trump administration has quadrupled the number of exemptions have given out to refiners, causing outrage in farm states, such as Iowa.

In January, though, an appeals court ruled that waivers granted to small refineries after 2010 could only be approved as extensions of pre-existing waivers. Most recipients of waivers in recent years have not continuously received them, and refiners sent in waiver applications to come into compliance with that court ruling.

In recent weeks, Iowa officials argued that without action, Ernst - and perhaps Trump - could be in trouble come November.

Ernst has been a staunch defender of Trump but has been working behind the scenes to argue that his administration should deny the pending retroactive waivers, according to one of the people familiar with Trump's direction to the EPA.

The biofuel industry welcomed the news. "Now, more than ever, our nation's farmers and ethanol producers are counting on the RFS to provide market stability and certainty during an incredibly difficult and tumultuous time," said a coalition that included the Renewable Fuels Association and the National Corn Growers Association.