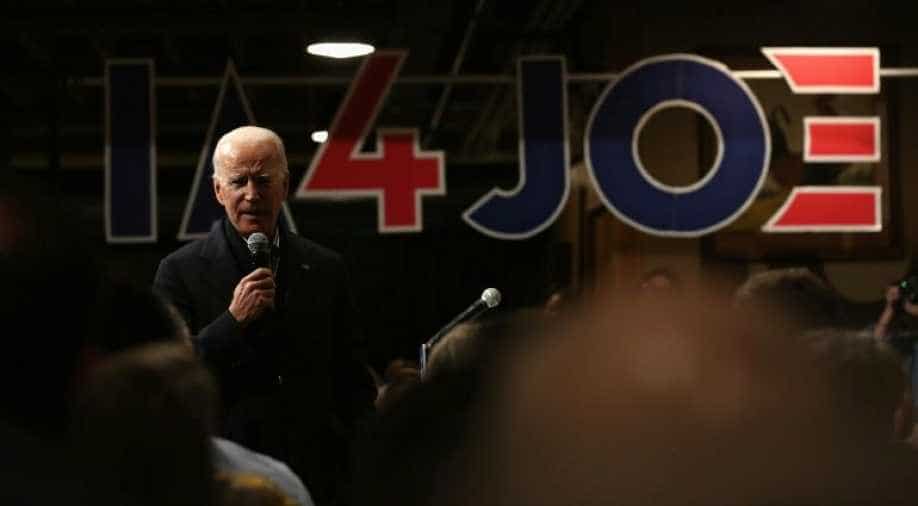 The backing by Democratic US Representatives Elaine Luria of Virginia and Chrissy Houlahan and Conor Lamb of Pennsylvania is evidence of support for Biden among Democrats in "swing" districts that were held by Republicans before the 2018 vote.

US presidential candidate Joe Biden on Sunday won the support of three politicians who helped Democrats seize control of the House of Representatives in 2018, endorsements that could help bolster arguments he is best positioned to fend off Republicans this year.

The backing by Democratic US Representatives Elaine Luria of Virginia and Chrissy Houlahan and Conor Lamb of Pennsylvania is evidence of support for Biden among Democrats in "swing" districts that were held by Republicans before the 2018 vote.

If Democrats push the wrong message or candidate during the presidential race, those districts could flip to Republicans.

All three of the lawmakers served in the US military and could help draw attention to Biden's foreign policy experience as a longtime senator and one-time vice president.

Foreign policy has been thrust into the 2020 race by Republican President Donald Trump's decision to kill Iranian military commander Qassem Soleimani with an airstrike on Friday that sharply escalated tensions between the two countries.

Biden, 77, tells voters his experience would be a key asset as president, while his competitors often say voters are looking for something new and focus on aspects of his record they see falling short.

"Joe Biden is 'battle-tested' on the world stage, in Congress, and in the White House," Luria said in a statement released by Biden's campaign. "He will defeat Donald Trump and win in tough districts like mine."

Biden is the front-runner in national public opinion polls among Democrats seeking to face Trump in November's presidential election. Voters will also be casting ballots for members of the House, as well as many Senate seats.

Before facing voters in the general election, Biden first needs to win his party's nomination in primaries taking place state-by-state starting next month, and he faces a tough race.

Opinion polls from the very first states that will weigh in, Iowa and New Hampshire, suggest Biden might lose both contests to Senators Bernie Sanders and Elizabeth Warren or former South Bend, Indiana, Mayor Pete Buttigieg.

Biden has increasingly been arguing that he is best positioned to help vulnerable Democrats win tough elections.

He was recently endorsed by another 2018 swing-district House Democrat, Abby Finkenauer of Iowa.