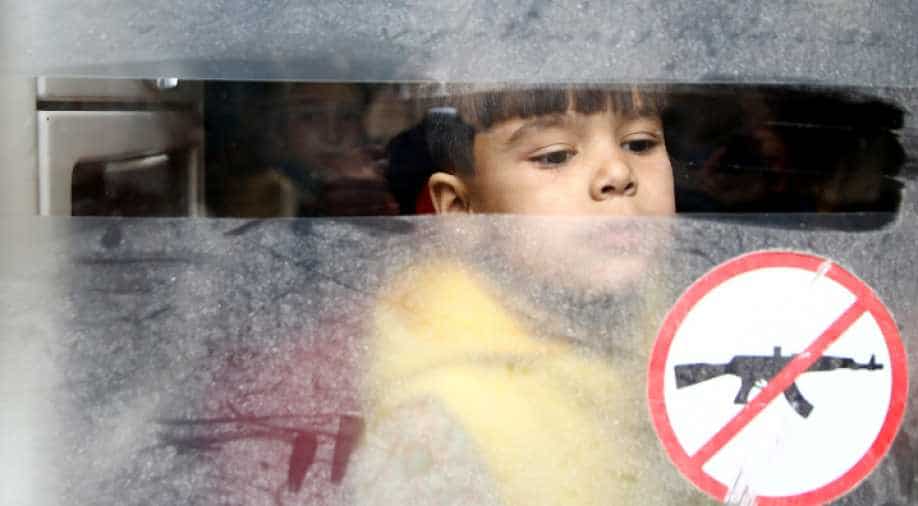 Victims suffered shame, depression, incontinence, impotence and miscarriages, and rejection by their families

Syrian government forces and allied militias have raped and sexually assaulted women, girls and men in a campaign to punish opposition communities - acts that constitute war crimes and crimes against humanity, U.N. investigators said on Thursday.

In a gruesome report, they found that rebel groups in Syria's protracted civil war had also committed crimes of sexual violence and torture although these were "considerably less common".

The report also said Islamic State (IS) militants had executed women and girls by stoning for alleged adultery, forced girls into marriage, and persecuted homosexual men.

"It is utterly repugnant that brutal acts of sexual and gender-based violence continued to be perpetrated throughout Syria for seven years by most warring parties," Paulo Pinheiro, chairman of the U.N. Commission of Inquiry, told a panel event.

The report, issued as Syria enters its eighth year of war, is based on 454 interviews with survivors, relatives, witnesses, defectors, and medical staff. It recommended that the U.N. Security Council refer the findings to the International Criminal Court for possible prosecutions.

Karen AbuZayd, an American commissioner on the panel, said the documented cases represented the "tip of the iceberg".

Government forces raped civilians during house searches and ground operations in the early stages of the conflict, and later at checkpoints and detention facilities, the report said. The youngest known victim was a nine-year-old girl.

The independent experts - who have compiled confidential lists of suspects since 2011 - did not name individual perpetrators but said they had documented "numerous" cases of rapes by high-level officers.

"Sexual violence against females and males is used to force confessions, to extract information, as punishment as well as to terrorise opposition communities," the report said.

Victims suffered shame, depression, incontinence, impotence and miscarriages, and rejection by their families, it said.

"Some interviewees have indicated it is worse for a girl to be raped than to be killed," AbuZayd said. "A number of women and girls sometimes commit suicide due to the verbal abuse they suffered in their homes or communities."

AbuZayd said that rape of men and boys was often overlooked but also devastating. "It's an exceedingly ugly crime. We know it's awful for women, but it's pretty bad for men as well.

"They were forced to have intercourse with one another and with other relatives. They tell you about losing their masculinity, becoming impotent. They were gang-raped or with objects and things, having some really serious consequences of illness and incontinence," AbuZayd said.

The investigators found "no evidence of a systematic practice" by armed groups to use sexual violence, but some incidents had occurred in sectarian or revenge attacks.

They received allegations of extremist and terrorist groups imposing "mediaeval punishments on men accused of homosexuality", including throwing them off tall buildings.

"On Islamic State, we recorded women being stoned for adultery, frequently for violations of the dress code, detention and beatings of women including pregnant women for minor violations, and forced physical examination to determine virginity," said Hanny Megally, a U.N. commissioner.