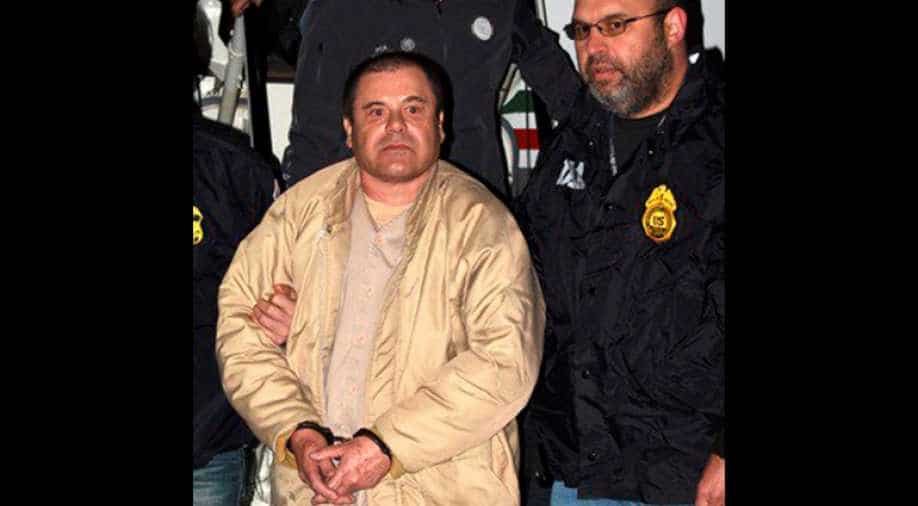 Guzman was found guilty of smuggling tonnes of drugs into the United States over a decades-long career built on deadly intimidation and bloody turf wars.

News of the conviction of Mexico's legendary crime boss Joaquin "El Chapo" Guzman travelled quickly on Tuesday to his rugged home state, where people said they felt pain for a man some described as a fallen folk hero and community benefactor.

Guzman was found guilty of smuggling tonnes of drugs into the United States over a decades-long career built on deadly intimidation and bloody turf wars as he moved illicit shipments across continents at lightning speed.

Reaction in his native state of Sinaloa, home to remote mountain villages and sunny beaches along Mexico's Pacific coast, ranged from lament to resignation that little will change now that Guzman is likely to spend the rest of his life behind bars.

"Trafficking drugs will continue," said Gildardo Velazquez in Culiacan, the state's humid capital. "Nobody can stop it. Even now that they'll give him the life sentence they think he deserves, it's not going to change anything here."

Some others expressed sadness at the news of Guzman's conviction in a far-away New York federal courtroom.

"The truth is this hurts," said a grey-haired man wearing a baseball cap, who described himself as a native of Badiraguato, Guzman's hometown, but declined to provide his name.

"We know that he's helped a lot of people, building roads, schools, churches. People here will suffer now due to lack of support."

Guzman, whose nickname means "Shorty" in Spanish, will not be formally sentenced until June 25, though prosecutors said they expect him to receive a life sentence without the chance of parole.

Rising from the same humble origins in Sinaloa as many other top Mexican capos, Guzman cemented his status as a criminal sensation by breaking out of prison twice, first in 2001 and again in 2015. He was recaptured in early 2016, and a year later was extradited to the United States to face trial.

Despite the bloody details that emerged from the 11-week trial, with testimony from more than 50 witnesses, many locals continued to laud him as a modern-day Robin Hood, overlooking the murder and mayhem he left behind.

Others expressed fear that lawlessness across Mexico may grow as former rivals fight over the spoils in the aftermath of Guzman's conviction on all 10 counts brought by U.S. prosecutors.

"I think it might be counterproductive," said Carlos, a young man wearing headphones who declined to give his surname.

"There's more people that want everything that El Chapo controlled."