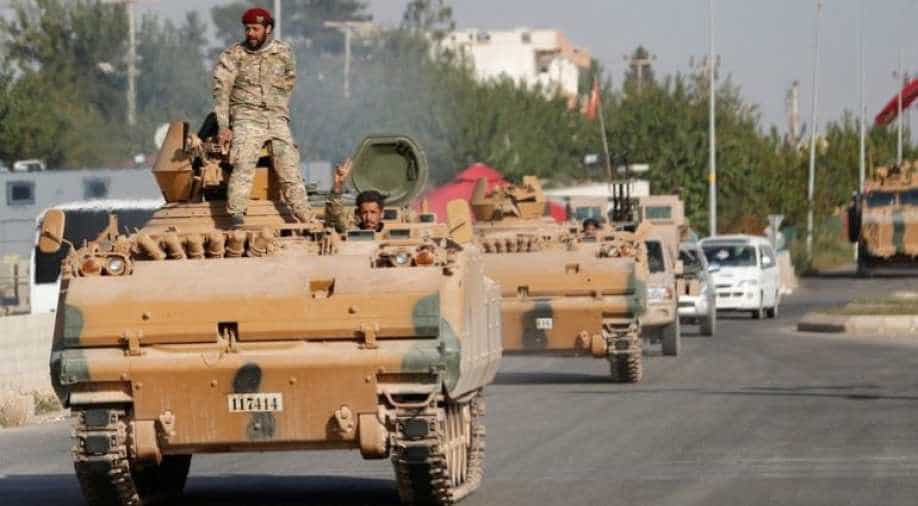 "Ras al-Ain is still resisting and clashes are ongoing," said an official of the Kurdish-led Syrian Democratic Forces.

Kurdish forces in northeastern Syria denied on Saturday claims by the Turkish defence ministry that its forces had taken the battleground border town of Ras al-Ain, the first in its four-day-old offensive.

"Ras al-Ain is still resisting and clashes are ongoing," said an official of the Kurdish-led Syrian Democratic Forces.

The official said Kurdish fighters had temporarily pulled back from the town before launching a counter-offensive against Ankara's forces.

An AFP correspondent in the area said Turkish troops and allied Syrian rebels had entered the town but had yet to capture it.

The Britain-based Syrian Observatory for Human Rights too reported that Ras al-Ain, a major target of the Turkish offensive, had yet to be overrun.

A Syrian rebel commander fighting alongside Turkish forces said they seized a neighbourhood in Ras al-Ain and sealed the main routes leading to the area but SDF defences were impeding further advances.

"There is fierce resistance ... we are not able to advance because of the large number of snipers," the rebel commander told AFP.

Ras al-Ain would be the first town to fall to Ankara's forces since the launch of its cross-border offensive on Wednesday.

Both it and Tal Abyad further west have been major goals of the invasion as Turkey seeks to impose its control over the area between them which although  Kurdish-controlled, is mainly ethnic Arab.