Syria: At least 27 killed in air strikes in rebel-held Aleppo 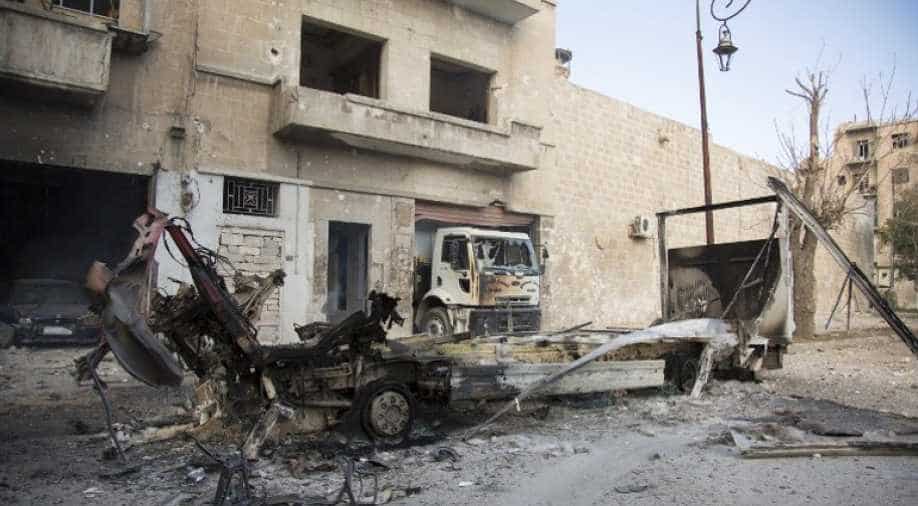 The renewed strikes have damaged many hospitals and rescue facilities. Photograph:( AFP )

At least 27 civilians were killed as the Syrian regime pounded the rebel-held side of eastern Aleppo with airstrikes, barrell bombs and artillery fire, the Syrian Observatory for Human Rights said.

The deaths brought the civilian toll in the last five days of regime bombardment to at least 92, AFP reported.

Schools in east Aleppo announced in a statement they would close on Saturday and Sunday "for the safety of students and teachers, after the barbarous aerial strikes".

The renewed bombardment, which comes after weeks of ceasefire, has also damaged multiple hospitals and damaged rescue facilities.

On Friday, regime shelling of the Maadi neighbourhood partially destroyed one of the last hospitals in east Aleppo, forcing it to close. The last pediatric hospital in the east was also forced to close after being damaged in a barrel bomb attack earlier in the week.

Aleppo has been divided since mid-2012 between rebel control in the east and government control in the west. The rebels have been besieged by Russian-backed regime forces since the last four months.

The UN said it was "appalled" by escalating violence in Syria, and urged immediate access to Aleppo.

"The United States condemns in the strongest terms these horrific attacks against medical infrastructure and humanitarian aid workers. There is no excuse for these heinous actions," Rice said in a statement.

"The Syrian regime and its allies, Russia in particular, bears responsibly for the immediate and long term consequences these actions have caused in Syria and beyond."