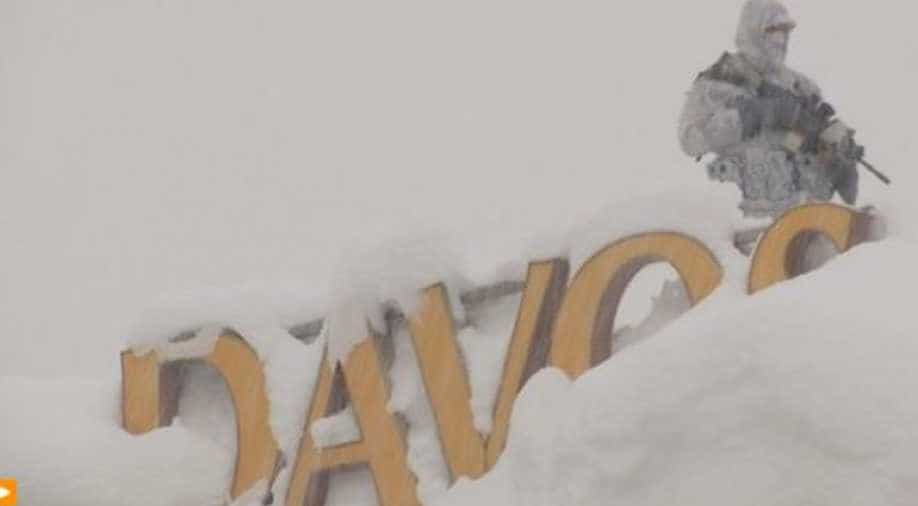 A total of 4,400 soldiers have been deployed, an increase of 100 from last year, and airspace is open only to aircraft ferrying participants to the forum. Photograph:( Reuters )

The Swiss army and police said on Monday, January 22, the Swiss Alpine town of Davos was ready for US President Donald Trump and the security challenges he brings with him when he comes to address the World Economic Forum.

The annual meeting begins on Tuesday, January 23. Trump's visit to Davos is the first by a sitting US president since Bill Clinton attended in 2000.

Grisons Cantonal police, who coordinate WEF's $9.3 million security measures and are liaising with US officials, said at a news conference on Monday they were ready.

A total of 4,400 soldiers have been deployed, an increase of 100 from last year, and airspace is open only to aircraft ferrying participants to the forum.

The Swiss army has begun erecting checkpoints on roads leading into town and armed hillside bivouacs down the valley, scenes to those of previous post-September 11 WEF meetings where security has been paramount.

Trump's policies, including his intention to exit the 2015 Paris climate accord and his "America First" policy, may not sit well with all of Switzerland, which backs the global climate pact and whose economy relies on global trade.

This has prompted some critics to suggest Trump's polarising persona could resurrect the violent anti-WEF protests seen in the early 2000s. An online petition is circulating telling Trump he is not welcome.

Although an anti-Trump demonstration is planned for Zurich on Tuesday, Swiss police say poor weather could stop protesters planning a demonstration when Trump arrives on Thursday, January 25. He is scheduled to speak on the last day of the forum on Friday, January 26.