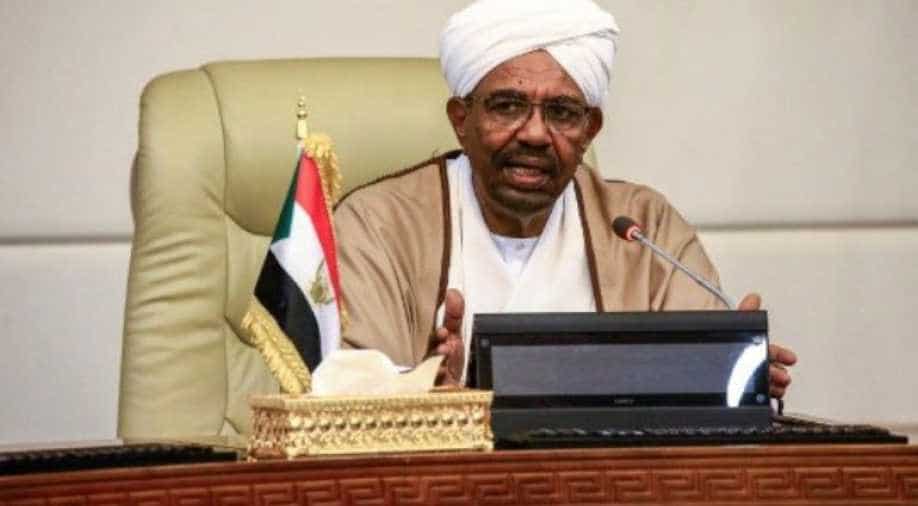 Bashir has been on trial in a Khartoum court since August on charges of illegally acquiring and using foreign funds -- offences that could land him behind bars for more than a decade.

The verdict in the corruption trial of Sudan's ousted president Omar al-Bashir is to be delivered on December 14, a judge announced Saturday, as his supporters staged a  protest outside the court.

Bashir, who was overthrown by the army in April, has been on trial in a Khartoum court since August on charges of illegally acquiring and using foreign funds -- offences that could land him behind bars for more than a decade.

Several hearings have been held, including one on Saturday, in the presence of the deposed leader who followed the proceedings from inside a metal cage.

"It has been decided that on December 14 a session will be held to deliver the verdict," judge Sadeq Abdelrahman said.

Bashir said at the time that the funds were the remainder of $25 million received from Saudi Arabia's de facto ruler Crown Prince Mohammed bin Salman.

The aid, he said, formed part of Sudan's strategic relations with Saudi Arabia and were "not used for private interests but as donations".

Against the backdrop of trial in Khartoum, calls have grown from global rights groups, activists and victims of the war in Darfur to transfer Bashir to The Hague-based International Criminal Court.

Bashir is wanted by the ICC for his alleged role in the Darfur war that broke out in 2003 as ethnic African rebels took up arms against Bashir's then Arab-dominated government, accusing it of marginalising the region economically and politically.

The ICC has accused Bashir of genocide, war crimes and crimes against humanity in the vast western region of Darfur. He denies the charges.

About 300,000 people were killed and 2.5 million displaced in the conflict, according to the United Nations.

On Saturday, dozens of Bashir's supporters carrying his portraits held a protest outside the court, vowing to oppose any move by Sudan's new authorities to hand him over to the ICC.

"We are with you. We will never betray you. No, no to ICC," chanted the crowd as the former president was brought to the courthouse for the hearing.

"President Bashir represents the whole of Sudan. We have an independent judiciary and if any trials are to be held, they must be held here," said demonstrator Mohamed Ali Daklai.

"We reject any outside or foreign tribunal. ICC is anyway a political court used by Western countries to pressure the weak."

Bashir was ousted following nationwide protests against his iron-fisted rule of three decades.

The army generals who initially seized power after the president's fall refused to hand 75-year-old Bashir over to the ICC.