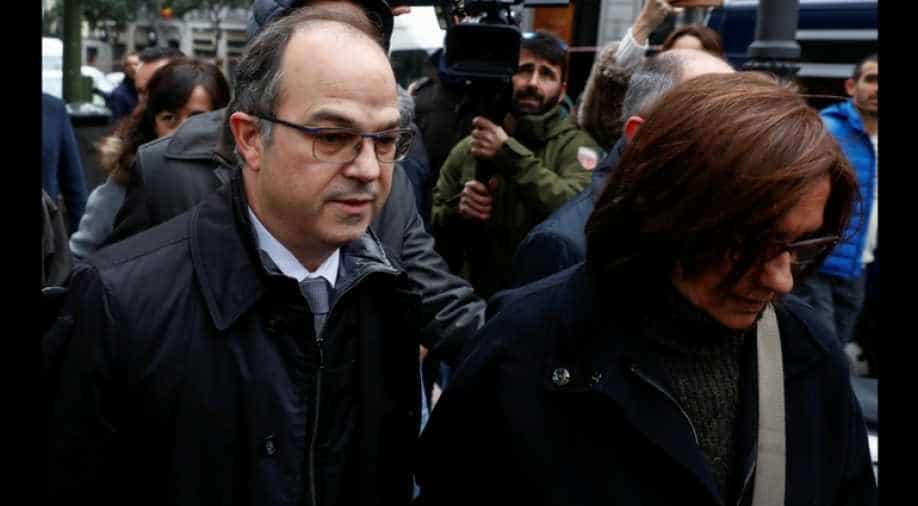 Catalan politician Jordi Turull arrives to the Supreme Court after being summoned and facing investigation for his part in Catalonia's bid for independence in Madrid, Spain. Photograph:( Reuters )

A Spanish Supreme Court judge on Friday said he would try 13 Catalan leaders for rebellion, a crime punishable by up to 25 years in jail, over their role in Catalonia's banned independence drive last year.

In total, 25 separatist politicians will be tried for rebellion, embezzlement or disobedience, the judge said in a court ruling, upping the legal stakes in Madrid's response to separatists in the wealthy northeastern region.

The judge also requested that 14 members of the previous Catalan regional administration deposit 2.1 million euros ($2.59 million) in a bank account to pay back the money used to hold an illegal referendum on independence on October 1 and cover judicial costs.

The court did not give a date for the trial.

Catalonia has been in political limbo since Spanish Prime Minister Mariano Rajoy took over the region's government after it unilaterally declared independence in October.

Since then Catalonia's former president, Carles Puigdemont, has been in self-imposed exile in Brussels and would likely be arrested if he returned to Spain.

The Supreme Court had summoned five of the separatist leaders on Friday to rule on whether to remand them in custody as it opened the phase in the investigation that precedes a trial.

The court has not yet ruled on whether they will be jailed in advance of a trial, although one of the five, Marta Rovira, said on Friday she had fled Spain and gone into exile.