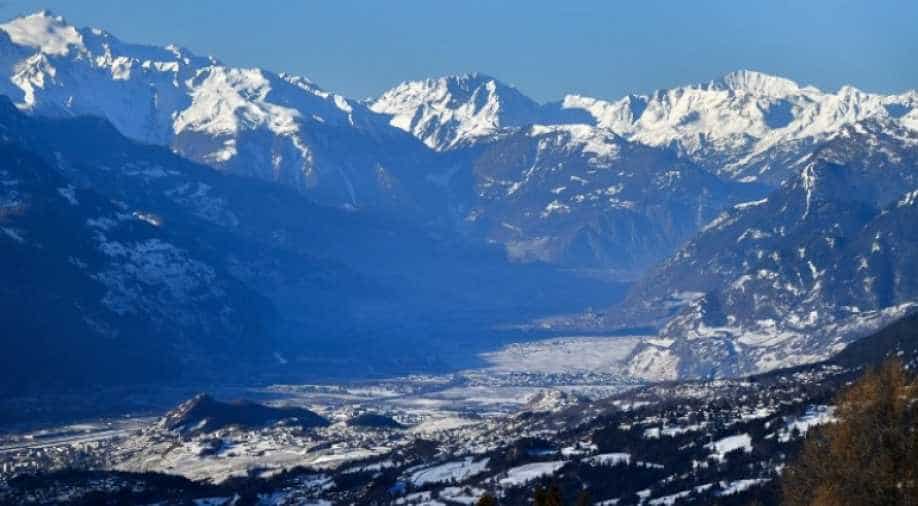 The avalanche on the Plaine-Morte ski track in Crans-Montana in southern Valais canton occurred in the early afternoon and left "several people buried", local police said in a tweet.

An avalanche at a ski station in the Swiss Alps buried several people on Tuesday, regional police said, as local media reported that more than 10 people may have been submerged.

The avalanche on the Plaine-Morte ski track in Crans-Montana in southern Valais canton occurred in the early afternoon and left "several people buried", local police said in a tweet.

Officers said rescue teams were at the scene.

A local newspaper, Le Nouvelliste, quoted the head of Crans-Montana's municipal government, Nicolas Feraud, as estimating that "between 10 and 12 people" remained buried under the snow.

There was no official confirmation of any deaths.

"We are shocked and hope for good news about these people," Feraud was quoted as saying.

The paper also quoted one unidentified witness as saying that four people had been pulled out of the snow but their condition was unclear.

Four helicopters were searching for possible victims above the avalanche area, which covered roughly 400 metres (1,300 feet) of ski track, according to Le Nouvelliste.

In a statement, the Crans-Montana resort (CMA SA) said it was unable to confirm any victims.

Crans-Montana's website had listed the risk of an avalanche at two on scale that runs from one (lowest risk) to five.

Tuesday's avalanche was unusual in that it affected a designated ski track, while the vast majority of deadly avalanches in the Alpine nation hit people skiing off-piste.

Traffic is higher than normal at ski resorts across Switzerland this week because of mid-term school holidays.