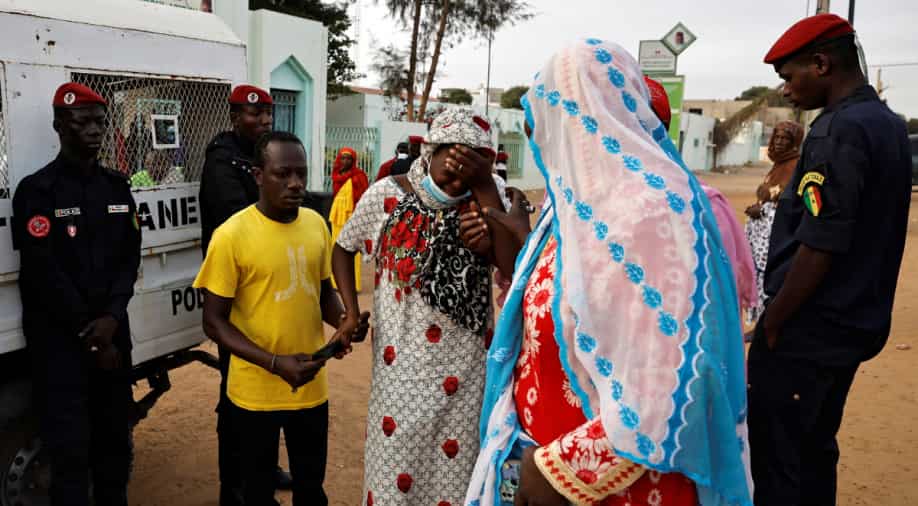 Kaba, a mother of a ten-day-old baby, reacts as she is comforted by her mother Ndeye Absa Gueye, as she walks out of a hospital, where newborn babies died in a fire at the neonatal section of a regional hospital in Tivaouane, Senegal Photograph:( Reuters )

According to a statement issued by the president's office, Sall announced that Doctor Marie Khemesse Ngom Ndiaye will replace Sarr as health minister of Senegal.

Ordering an investigation into the fire accident Sall added that there will be an audit of neonatal units nationwide.

It comes as Sall's government is facing mounting criticism over the latest in a series of deadly hospital incidents.

The fire accident, that took place in a hospital located in the Senegalese town of Tivaouane, was caused by a short circuit that spread in less than five minutes.

Tivaouane Mayor Diop Sy said on RFM radio that although two nurses tried to save a few babies in the neonatal ward, they were unable to do so.

Sy added that they managed to escape but 11 babies in their incubators died due to the deadly accident.

Senegal has declared three days of national mourning and Sall is going to cut short his trip to an African Union summit in Equatorial Guinea to return to Senegal.

Condemning the accident, Senegal's opposition coalition Yewwi Askan Wi called for "all necessary measures to be taken to prevent a similar tragedy from ever happening again in our country."

The hospitals in Senegal, which have been understaffed and underfunded since the beginning of the coronavirus pandemic, have been stretched beyond their capacities and experts have warned that they are unable to maintain acceptable safety standards.