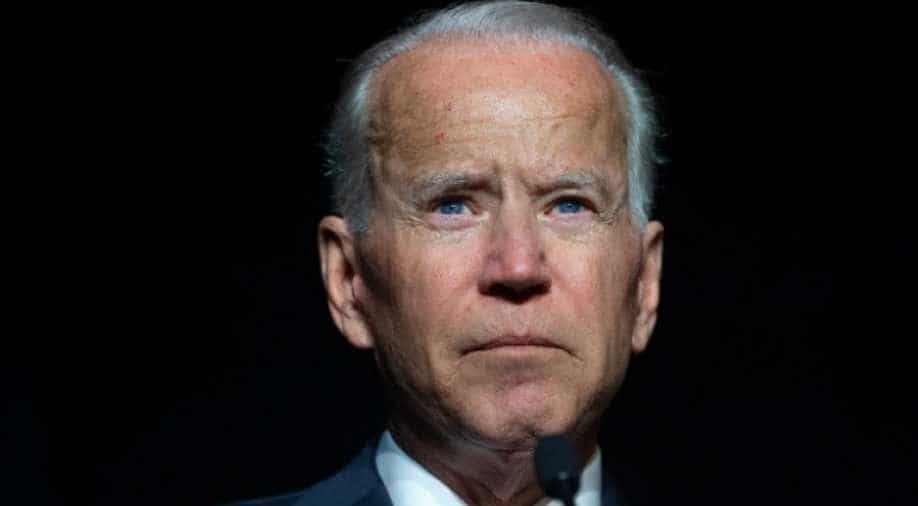 'It wasn't sexual, but he did grab me by the head,' Amy Lappos, 43, told the Hartford Courant on Monday.

A Connecticut woman said former US Vice President Joe Biden touched her inappropriately and rubbed noses with her at a 2009 political fundraiser, becoming the second person in three days to accuse the former vice president of unwanted physical contact as he considers a White House run.

"It wasn't sexual, but he did grab me by the head," Amy Lappos, 43, told the Hartford Courant on Monday of her encounter with Biden at a Greenwich, Connecticut, event. "He put his hand around my neck and pulled me in to rub noses with me. When he was pulling me in, I thought he was going to kiss me on the mouth."

Lappos posted about the alleged incident in a Connecticut Women in Politics Facebook group on Sunday in response to an account by former Nevada state legislator Lucy Flores, who last week accused Biden of kissing her on the back of the head at a 2014 event.

The allegations could endanger a possible 2020 presidential run by Biden, who was vice president under President Barack Obama at the time of both alleged instances. He has been expected to announce a Democratic White House bid in the coming weeks and has been leading the Democratic presidential field in opinion polls.

Asked about the Connecticut allegation, a Biden spokesman pointed to Biden's statement on Sunday, when he said he did not believe he ever acted inappropriately during his many years in public life and on the campaign trail.

"I have offered countless handshakes, hugs, expressions of affection, support and comfort. And not once — never — did I believe I acted inappropriately," Biden said in the statement. "If it is suggested I did so, I will listen respectfully. But it was never my intention."

Biden has long been known for a warm and intimate campaign style, but his propensity for hugging and physical touching has come under new scrutiny in the #MeToo era as awareness about sexual assault and harassment has grown.

Lappos, a former aide to US Representative Jim Himes, told the Courant she felt uncomfortable when Biden approached her at a fundraiser for Himes. She said she was in the kitchen with three or four other volunteers when Biden moved toward her.

"I never filed a complaint, to be honest, because he was the vice president. I was a nobody," said Lappos, who is now a freelance worker with nonprofit agencies. "There's absolutely a line of decency. There's a line of respect. Crossing that line is not grandfatherly. It's not cultural. It's not affection. It's sexism or misogyny."

Lappos did not immediately respond to a request for comment by Reuters.

Some Biden supporters rallied to his defence. Elizabeth Alexander, a former Senate and White House aide to Biden, wrote in a USA Today column that he supported women and was a champion for their rights even when it was not politically expedient.