Reuters journalists jailed for reporting on Rohingya massacre: Reactions to the sentencing 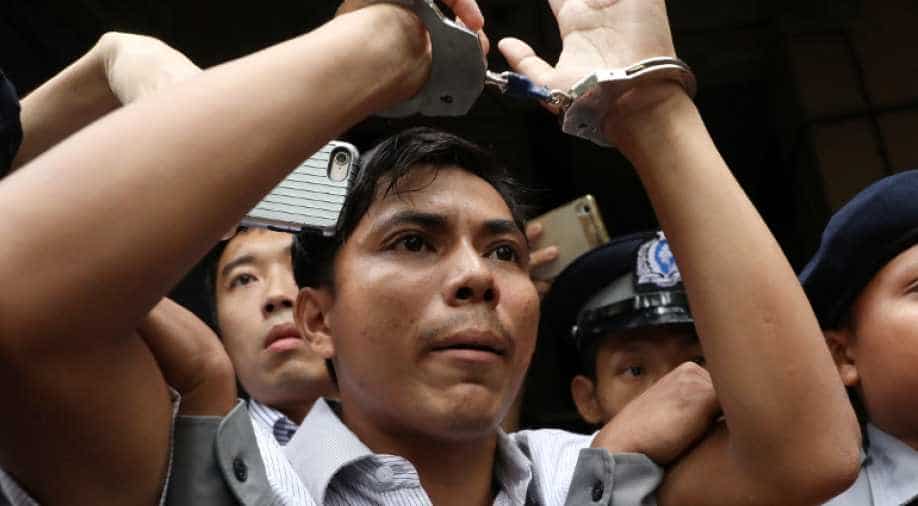 A Myanmar judge on Monday found two Reuters journalists guilty of breaching a law on state secrets and sentenced them to seven years in prison, in a landmark case seen as a test of progress towards democracy in the Southeast Asian country. Here are some reactions to the sentencing:

US AMBASSADOR TO MYANMAR SCOT MARCIEL:

"I'm sad for Wa lone and Kyaw Soe Oo and their families, but also for Myanmar. It's deeply troubling for everybody who has struggled so hard here for media freedom.

"I think one has to ask will this process increase or decrease the confidence the people of Myanmar have in their justice system."

"Speaking on behalf of the British government but also on behalf of EU member states, we are extremely disappointed by this verdict.

"Freedom of expression and rule of law are fundamental in a democracy, and this case has passed a long shadow over both today.

"A free press is essential for peace, justice and human rights for all. We are disappointed by today's court decision.

"The United Nations has consistently called for the release of the Reuters journalists and urged the authorities to respect their right to pursue freedom of expression and information.

"Wa Lone and Kyaw Soe Oo should be allowed to return to their families and continue their work as journalists."

"Today is a sad day for Myanmar, Reuters journalists Wa Lone and Kyaw Soe Oo, and the press everywhere.

"These two admirable reporters have already spent nearly nine months in prison on false charges designed to silence their reporting and intimidate the press.

"Without any evidence of wrongdoing and in the face of compelling evidence of a police set-up, today's ruling condemns them to the continued loss of their freedom and condones the misconduct of security forces.

"This is a major step backward in Myanmar's transition to democracy, cannot be squared with the rule of law or freedom of speech, and must be corrected by the Myanmar government as a matter of urgency.

"We will not wait while Wa Lone and Kyaw Soe Oo suffer this injustice and will evaluate how to proceed in the coming days, including whether to seek relief in an international forum."