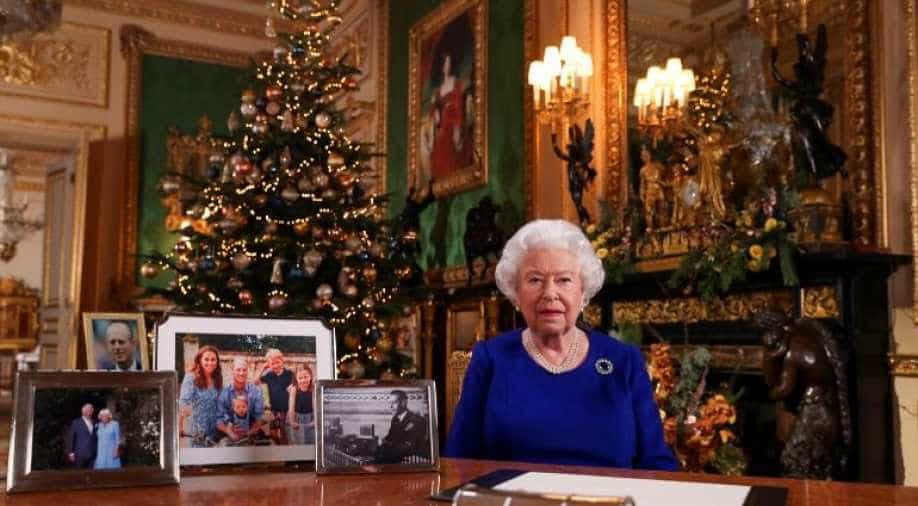 The world's longest-serving monarch - Queen Elizabeth II Regina is all set to deliver her televised Chirstmas Day address to the country and her subjects.

Queen Elizabeth will stress the value of harmony and reconciliation in her Christmas message this year, Buckingham Palace said on Tuesday, after a year in which the tortuous Brexit process aggravated deep divisions in Britain.

The palace released two short extracts from the 93-year-old monarch's televised Christmas Day message, one on the 75th anniversary of the World War Two D-Day landings, the other on the life of Jesus and the importance of reconciliation.

There was no indication of whether the Queen will mention more painful aspects of 2019 for the royal family, particularly the furore over her son Prince Andrew's links to disgraced US financier Jeffrey Epstein.

Along with her 98-year-old husband, the Duke of Edinburgh, being involved in a car crash in January and having to spend this Christmas in hospital for checks, it has been what many commentators have called another "annus horribilis" for her.

That was how she described 1992, when three of her children's marriages - including that of Prince Charles to Princess Diana - collapsed and a fire severely damaged her Windsor Castle home.

In Tuesday's extracts, the Queen said of D-Day: "For the 75th anniversary of that decisive battle, in a true spirit of reconciliation, those who had formerly been sworn enemies came together in friendly commemorations either side of the Channel, putting past differences behind them ...

"By being willing to put past differences behind us and move forward together, we honour the freedom and democracy once won for us at so great a cost."

On reconciliation, she talks of "how small steps taken in faith and in hope can overcome long-held differences and deep-seated divisions to bring harmony and understanding ..."

She adds: "The path, of course, is not always smooth, and may at times this year have felt quite bumpy, but small steps can make a world of difference."

Britain's regional and political divisions have been exacerbated in the 3-1/2 years since it voted to leave the EU.

A landslide election win for Conservative Prime Minister Boris Johnson this month enabled him finally to win approval for his Brexit deal in parliament, but also re-awakened calls north of the border for another referendum on Scottish independence.

The Queen's message was filmed at Windsor Castle, west of London, and produced by the BBC.