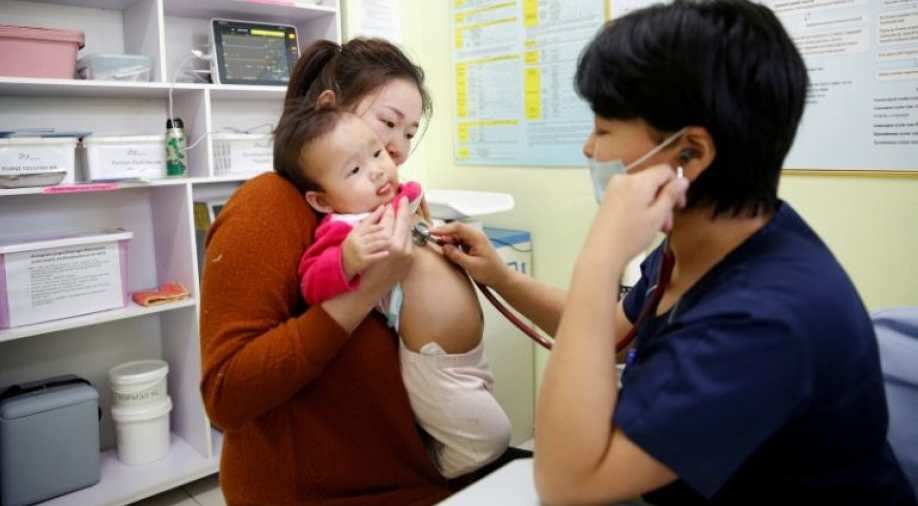 Nigeria, India, Pakistan, the Democratic Republic of Congo and Ethiopia accounted for more than half the children who died of pneumonia last year - most of them babies.

Pneumonia killed more than 800,000 babies and young children last year - or one child every 39 seconds - despite being curable and mostly preventable, global health agencies said on Tuesday.

In a report on what they described as a "forgotten epidemic", the United Nations children's fund UNICEF, the international charity Save The Children and four other health agencies urged governments to step up investment in vaccines to prevent the disease and in health services and medicines to treat it.

"The fact that this preventable, treatable and easily diagnosed disease is still the world's biggest killer of young children is frankly shocking," said Seth Berkley, chief executive of the GAVI vaccines alliance.

Pneumonia is a lung disease that can be caused by bacteria, viruses or fungi. Its victims have to fight for breath as their lungs fill with pus and fluid.

It can be prevented with vaccines, and treated with antibiotics and - in severe cases - with oxygen, but in poorer countries, access to these is often limited.

Nigeria, India, Pakistan, the Democratic Republic of Congo and Ethiopia accounted for more than half the children who died of pneumonia last year - most of them babies who had not reached their second birthday.

"Millions of children are dying for want of vaccines, affordable antibiotics and routine oxygen treatment," said Kevin Watkins, chief executive of Save the Children. "This is a forgotten global epidemic that demands an urgent international response."

The report said pneumonia causes 15 per cent of deaths in under-5s, but accounts for only 3 per cent of spending on research into infectious diseases, lagging far behind other diseases such as malaria.