Pleased to hand over charge to Boris Johnson, says Theresa May in British Parliament 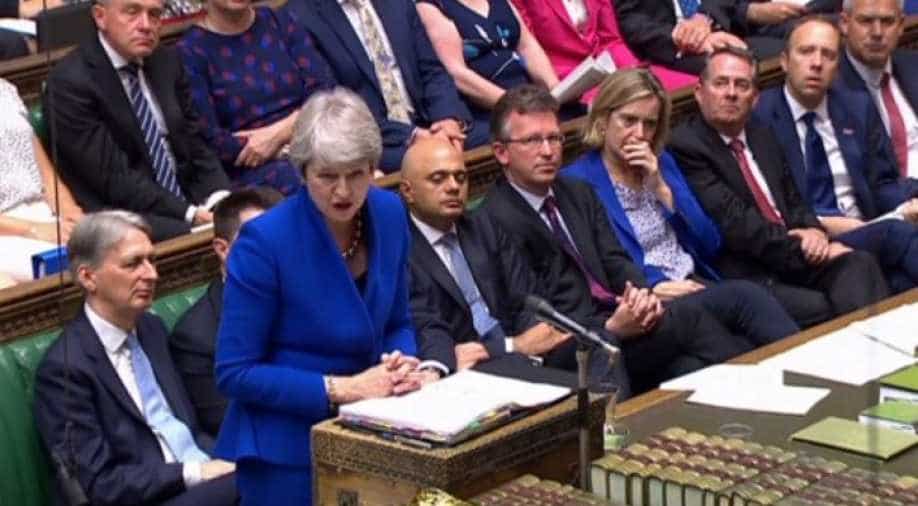 Prime Minister Theresa May in her last PMQs in British Parliament Photograph:( AFP )

Outgoing British PM Theresa May took her questions from MPs for the last time in House of Commons ahead of submitting her resignation to the Queen on Wednesday.

Boris Johnson was elected as Conservative Party leader on Tuesday leading May to resign as British prime minister.

During her final PMQs in Parliament, Labour leader Jeremy Corbyn paid tribute to her "sense of public duty".

May, however, said Corbyn played "dirty politics" asserting "you should be ashamed", as the bad blood between May and Corbyn continued over Brexit even as she bid goodbye to Parliament as Britain's prime minister.

Theresa May said "perhaps it's time" for labour leader Jeremy Corbyn to do the same as her and step down.

May said she was "pleased to hand over to Johnson".

During the PMQ, SNP Westminister leader IAan Backford said, the time for holding the prime minister to account has passed.

The British prime minister will tender her resignation to the Queen in the evening at Buckingham Palace today. Boris Johnson will then take oath as the new prime minister of Britain as he seeks to pull the UK out of the European Union.

Johnson who has been running a campaign to exit the EU since 2016 has said he will take Britain out of EU by October 31 - the final deadline for Brexit.