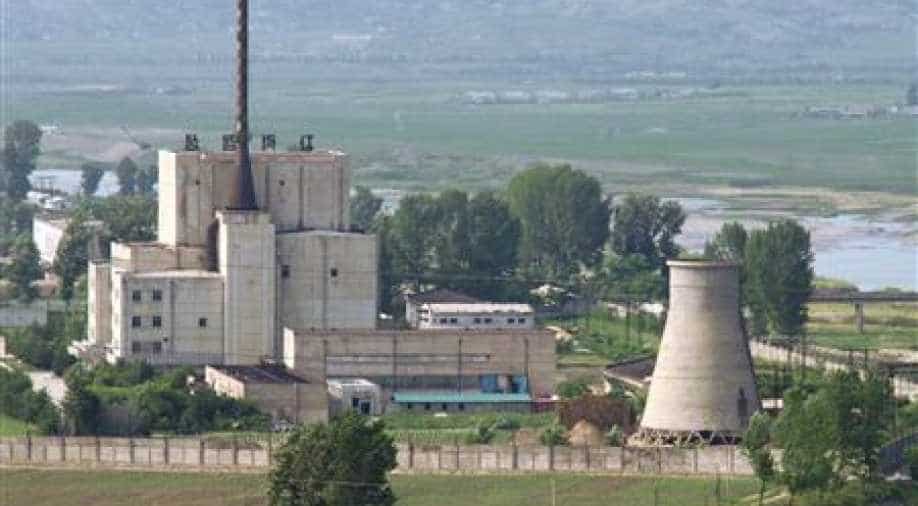 The Korean peninsula has been hammered by one of the longest rainy spells in recent history, with floods and landslides causing damage and deaths in both North and South Korea.

Located on the bank of the Kuryong River about 100 km (60 miles) north of North Korea’s capital, Pyongyang, Yongbyon is home to nuclear reactors, fuel re-processing plants and uranium enrichment facilities that are thought to be used in the country's nuclear weapons programme.

The five-megawatt reactor - believed to be used to produce weapons-grade plutonium - does not appear to have been operating for some time, and an Experimental Light Water Reactor (ELWR) has not yet come online, but such flooding in the future would likely force a shutdown, the 38 North report said.

"Damage to the pumps and piping within the pump houses presents the biggest vulnerability to the reactors," the report said. "If the reactors were operating, for instance, the inability to cool them would require them to be shut down."

While there was further flooding downstream, it did not appear to reach the Yongbyon facility`s Uranium Enrichment Plant and by August 11 the waters appear to have somewhat receded, 38 North said.

South Korea's Ministry of Defence declined to comment on the report, but said it is always monitoring developments related to North Korea`s nuclear and missile programmes and maintaining close cooperation with the U.S. government.

At a summit with U.S. President Donald Trump in Vietnam in 2019, North Korean leader Kim Jong Un offered to dismantle Yongbyon in exchange for relief from a range of international sanctions imposed over North Korea`s nuclear weapons and ballistic missile programmes.

At the time Trump said he rejected that deal because Yongbyon is only one part of the North's nuclear programme, and was not enough of a concession to warrant loosening so many sanctions.