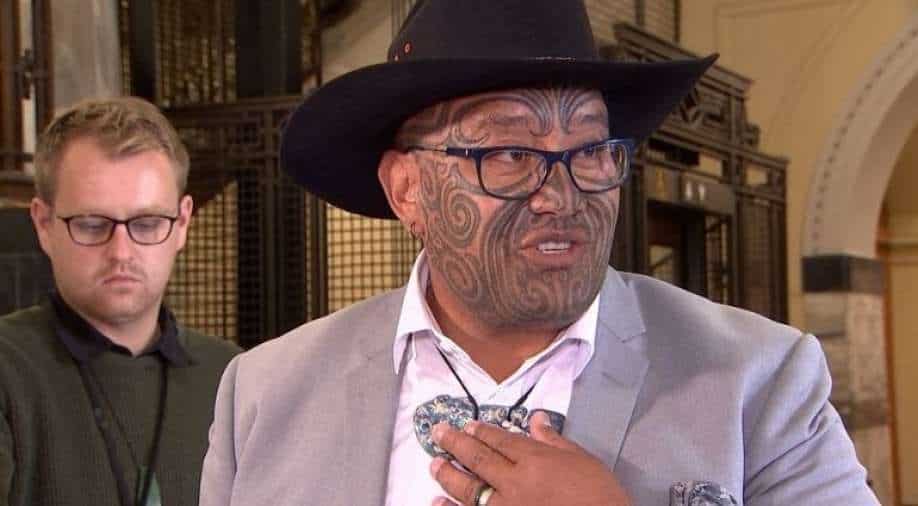 After ejecting a Maori lawmaker because he refused to wear a tie, New Zealand's parliament backed down on Wednesday, allowing him to speak without an accessory he labelled a 'colonial noose'.

The issue flared on Tuesday when Maori Party co-leader Rawiri Waititi was ejected from the parliamentary debating chamber for not wearing the required attire during question time.

Waititi, who has a full-face 'te moko' tattoo and dons a black cowboy hat, argued that he was wearing legitimate Maori business attire -- a traditional pendant.

"This is not about ties, it's about cultural identity," he said as he left.

Indigenous Maori make up about 15 per cent of New Zealand's five million population but are over-represented in statistics, such as poverty and imprisonment, with many blaming injustices dating back to the days of British colonial rule.

"This is a breach of the rights of indigenous peoples, we (must) have the freedom to express our cultural identity in a space like this," he said.

Prime Minister Jacinda Ardern said she had no objection to lawmakers not wearing ties but added, "there are much more important issues for all of us".

Rather than have the Maori leader ejected, Mallard simply let him ask a question unhindered, later saying a permanent rule change was being considered.

Waititi was elected to parliament for the first-time last year and in his maiden speech recounted the tale of an ancestor, who was wrongly hanged by the British for murder.

"I will adorn myself with the treasures of my ancestors and remove the colonial noose around my neck so that I may sing my song," he said as he removed his tie.